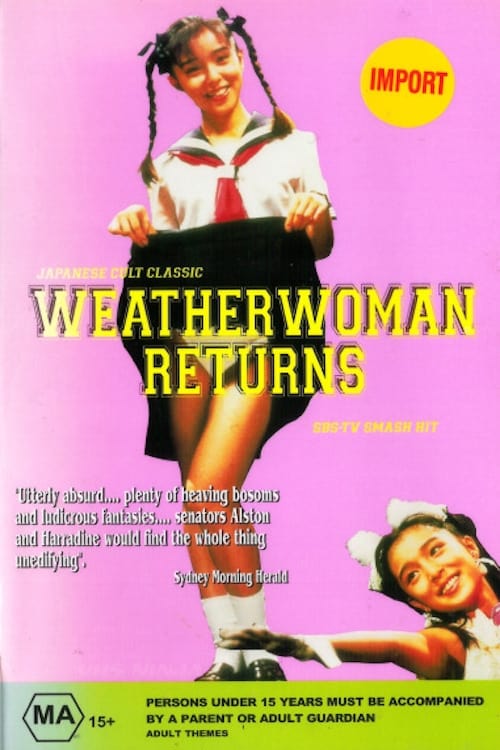 Keiko is the new owner of a local television station, and she’s determined to succeed, no matter what! But the rival TV station will stop at nothing to crush her, and one by one, Keiko’s new programs are humiliatingly sabotaged. When the weather woman falls victim to an underhanded trick, Keiko decides that she’s through being nice. While filling in for the stricken reporter, she flashes her underwear, making her weather forecast an instant hit! What follows is an outrageously sexy contest - which judges skimpy costumes and arm wrestling instead of beauty and talent - to determine who will be the reigning weather woman!