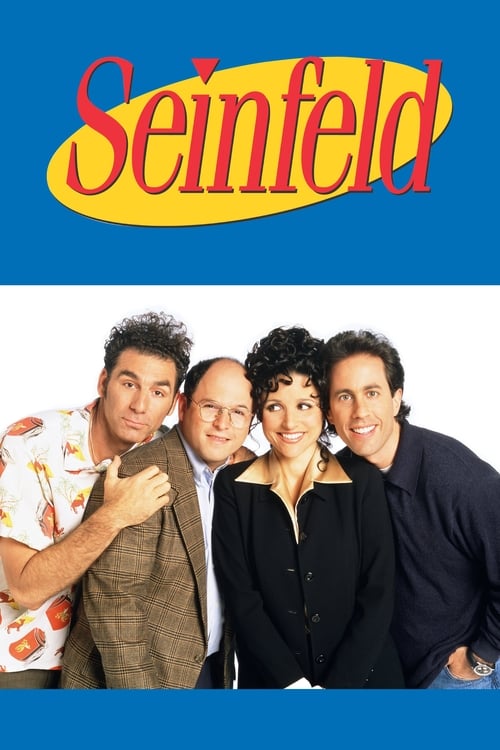 A stand-up comedian and his three offbeat friends weather the pitfalls and payoffs of life in New York City in the ’90s. It’s a show about nothing.

“Seinfeld” closed out its run in 1998, but it’s still in high demand. The comedy currently enjoys a score of 93% on Rotten Tomatoes, which makes it clear that audiences still love this collective of goofball New Yorkers attempting, and often failing, to navigate life. Parrot Analytics' breakdown makes it even clearer just what kind of demand the series enjoys. “Seinfeld” currently holds 46.6 times the all-time longevity of the average show. This level of longevity is vanishingly rare; only 0.61% of all television shows ever released have this kind of demand with them. Some of the biggest shows of their era cannot hold a candle to “Seinfeld” demand.

Moreover, this demand is not limited to the U.S. alone. Parrot Analytics’ look at demand around the world shows that “Seinfeld” is no slouch in foreign markets. Over the last 30 days, Canadian viewers demanded “Seinfeld” episodes 17.1 times more often than the average show. Australia, meanwhile, put in a respectable 11.9 times the demand. The U.S., though, may have led the way for its hometown favorite, calling for “Seinfeld” 28.6 times more often than the average show.

These factors may not be purely based on demand, however. The rise of the pandemic, which kept us all locked mainly indoors for extended periods, may have increased demand for familiar content. With Netflix willing to shell out a whopping $500 million to bring “Seinfeld” to the platform, it’s no surprise that Netflix expected big things for such an investment.

Beloved sitcoms are becoming necessary crown jewels for streaming services. HBO Max scooped up “The Fresh Prince of Bel-Air” and “Friends.” Peacock nabbed “The Office” and is riding it as aggressively as they can. A newly-released cold open to “The Office”, dubbed “Toilet Tragedy,” has already garnered over one million views on YouTube in just two days’ time.

This has led to the creation of what some call “Comfort Food TV.” Where you might fill a bowl with chicken noodle soup or fix up a plate of meatloaf and mashed potatoes, “Comfort Food TV” is what you flip on when you can’t be bothered to watch a new show or concentrate on a movie. It’s background noise that warms you with nostalgia.

This is what streaming is supposed to be. It’s supposed to give us ready access to all those old shows we knew and loved, no matter when it was we knew or loved them. The overwhelming popularity of some of those old shows, like “Seinfeld,” “Friends,” and “The Office” proves this wonderfully.

Streaming has given us access to this old television like nothing else has. Just look at Pluto TV’s move back in September to add 15 series' worth of content to the roster. “Gunsmoke”, “The Brady Bunch”, and a host of other television relics got called up in the process. Pluto TV was far from the only platform to engage in such revivals, either.

We’re not there yet. A day may yet come when we can simply search for a title and have it show up on our screens. The diffusion of the streaming landscape suggests that that day may not come soon, nor be only on one platform. Remember, the average home uses nine streaming services as it is, so don’t look for that to stop. Old television will be a part of that future, however. Just ask four friends in a New York apartment. Or maybe six friends in a New York coffee shop.

Related: Where to Stream Rolling Stone's 100 Greatest Sitcoms of All Time