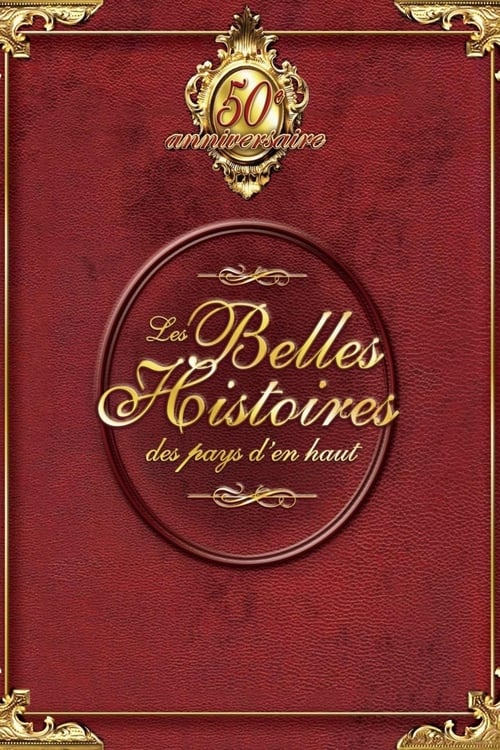 Les Belles Histoires des pays d’en haut is a Canadian television drama series, which aired on Radio-Canada from 1956 to 1970. One of the longest-running programs in the history of Canadian television, the series produced 495 episodes during its 14-year run and was one of the first influential téléromans.

Written by Claude-Henri Grignon as an adaptation of his 1933 novel Un Homme et son péché and initially set in the 1880s, the series starred Jean-Pierre Masson as Séraphin Poudrier, the wealthy but miserly mayor of the village of Sainte-Adèle, Quebec, and Andrée Champagne as Donalda Laloge-Poudrier, the young daughter of a village resident who is given in marriage to Séraphin as payment for a family debt even though she remains in love with her suitor Alexis Labranche. With a vast ensemble cast of extended family and other villagers, the series also delved much more deeply than the novel into the dramatic interactions of the larger community, depicting the early settlement of Quebec’s Laurentides region and evolving from the novel’s satirical portrait of Séraphin’s moral values into a complex soap opera. Among others, the show’s ensemble cast included Geneviève Bujold, Jean LeClerc, Yves Corbeil, Paul Dupuis and Juliette Béliveau.