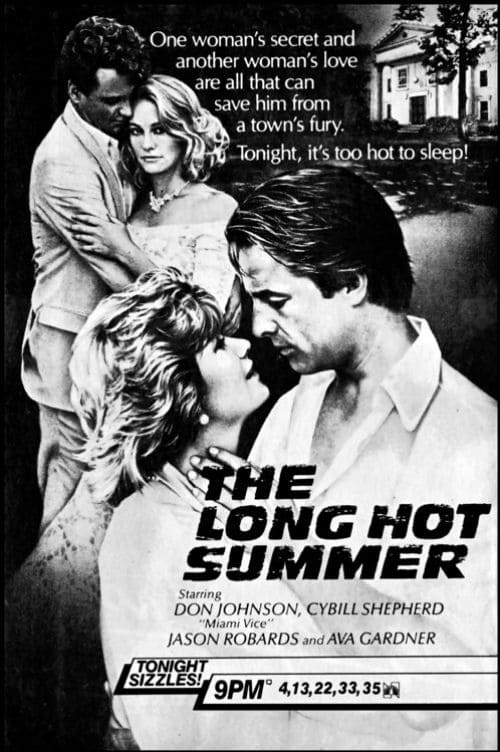 The Long Hot Summer is a 1985 television film and remake of the 1958 film of the same name. When drifter “Ben Quick” arrives in a small Mississippi town, “Will Varner”, a family patriarch, sees Ben as a better choice to inherit the family business than his only son, “Jody”. Will therefore tries to push Ben and his daughter “Clara” into marriage. Clara is initially reluctant to court Ben, and Jody senses that Ben threatens his position.