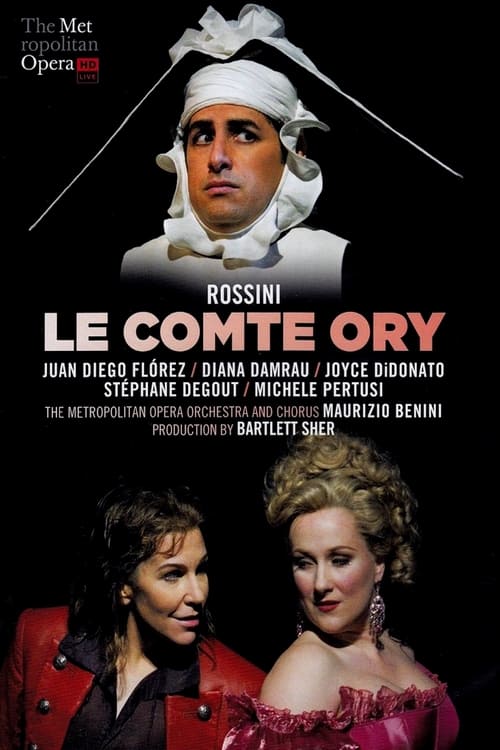 Rossini’s “Le Comte Ory” tells the story of a libidinous and cunning nobleman who disguises himself first as a hermit and then as a nun in order to gain access to the virtuous Countess Adele, whose brother is away at the Crusades. The 2011 Met production was directed by Tony Award winner Bartlett Sher, who presented the action as an opera within an opera, updating the action by a few centuries and giving the costume designer, Catherine Zuber, the opportunity to create some particularly extravagant headgear. Juan Diego Florez starred as the title role while Diana Damrau plays Countess Adele, and Joyce DiDonato was in breeches as his pageboy Isolier. Conducted with verve and finesse by Maurizio Benini, the production also features the stylish French baritone Stephane Degout as Ory’s bibulous conspirator Raimbaud, charismatic Italian bass Michele Pertusi as the Count’s long-suffering Tutor, and, formidable as Adele’s housekeeper Ragonde, the Swedish dramatic mezzo Susanne Resmark.