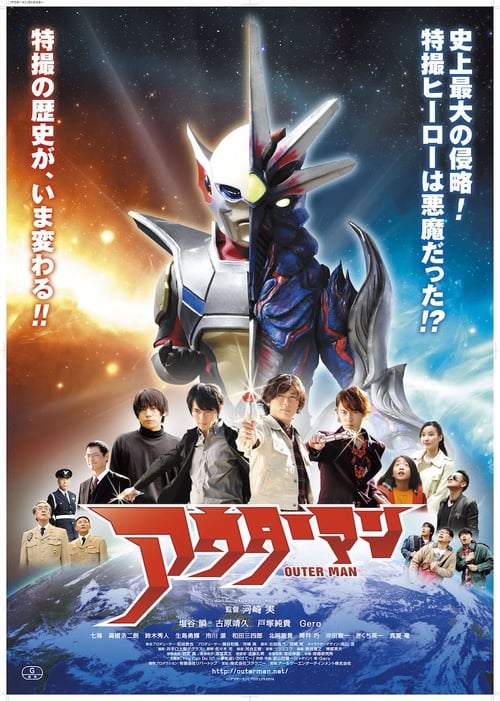 The story is set in a world where a tokusatsu hero TV series “Outer Man” has gained national popularity for 50 years (just like the Ultraman series). One day, a giant alien looking exactly like Outer Man appears in Japan. The truth is soon revealed that, unlike the story in the TV series, Outer Man is an evil alien who has been trying to brainwash Japanese people to invade the earth. The actors who played the hero in the TV series decide to fight against the real Outer Man by transforming into the villain alien in the series, Sylvie Seijin.