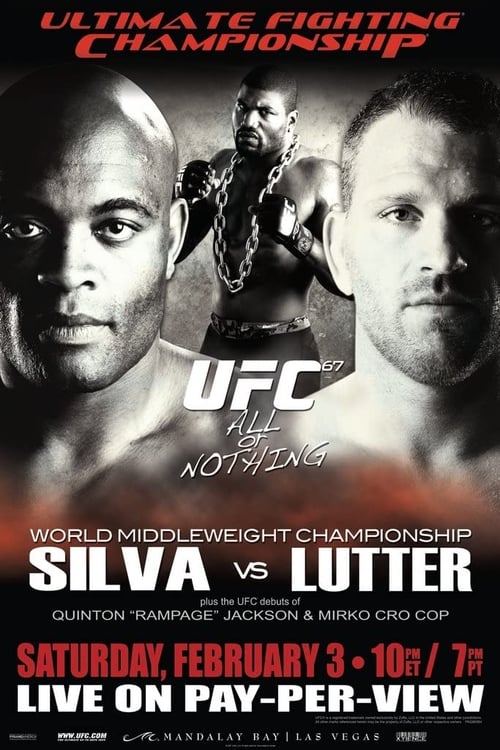 À propos de UFC 67: All or Nothing

UFC 67: All or Nothing was a mixed martial arts event held by Ultimate Fighting Championship. The event was held Saturday, February 3, 2007 at the Mandalay Bay Events Center on the Las Vegas Strip in Nevada. It was also the first UFC pay-per-view broadcast in High-Definition. This event was the first UFC pay-per-view event since UFC 60 to have no championship bouts on the card.

Où pouvez-vous regarder UFC 67: All or Nothing en ligne ?