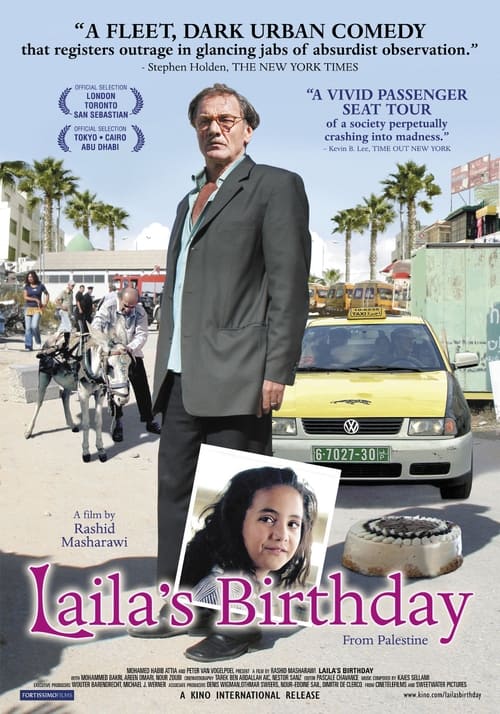 “At eight o’clock, it’s Laila’s birthday, okay?” Palestinian judge turned cab driver Abu Laila’s wife reminds her husband. But on his young daughter’s birthday, like any day, Abu faces a nerve-wracking shift in a Ramallah yellow cab armed only with an ex-jurist’s misplaced pride, a father’s loyalty, and a sticker reminding passengers that smoking and carrying AK-47s are prohibited. Rather than address politics or document holy war heroics and villainy, Laila’s Birthday focuses on the toll that the unending Palestinian-Israeli conflict extracts from civilians clinging to both employment and a semblance of normal life amidst chaos and corruption, missile attacks and bursts of gunfire.