Can You Stream ‘Spider-Man: No Way Home’ on Disney+?

Buckle up, true believers. Spider-Man is swinging back to the big screen to do battle with the baddies of his past like Doctor Octopus, the Green Goblin, and Electro. It’s been a long wait for fans of the fantastic wall-crawler, but it’s nearly time to see the adventure for ourselves. “Spider-Man: No Way Home” hits the screen December 17.

Will ‘No Way Home’ Stream on Disney+?

Sadly, the answer is no. At least, not yet.

The Spider-Man franchise is owned by Sony, not Disney. Sony’s current deal sends the studio’s films to STARZ, but that arrangement ends with any films released in 2021. Earlier this year, Sony made a deal to send its 2022-27 films to Netflix for an 18-month window after a theatrical run, then the films shift to Disney+.

Since the last Spidey-adjacent movie (“Venom, Let There Be Carnage”) released Sept. 30 and still hasn’t appeared on STARZ yet, we’re looking at a 90-day window from Spidey’s theatrical release until his streaming debut. After the film’s run on STARZ, it’s likely we’ll see it appear on Disney+, but that probably won’t be until late in 2022.

Disney+ had a brief run with Premier Access, a program where you could pay extra to stream a film on the same day it debuted in theaters, but that ended a few months ago. While “Black Widow” was available to stream on its release date, “Shang-Chi” was not. The performance of “Shang-Chi” and “Eternals” probably put a nail in the coffin of Premier Access, at least for now.

Also, Premier Access wouldn’t apply to Spidey, since, as we mentioned, Disney doesn’t own the character.

About ‘No Way Home’

After Peter Parker’s identity as Spider-Man was exposed by Mysterio at the end of “Spider-Man: Far From Home,” his life and reputation are turned upside down. Parker asks Dr. Strange to help restore his secret identity with magic, but this breaks open the multiverse, allowing five supervillains from alternate realities who previously fought other versions of Spider-Man to arrive. Given the character’s history fighting a group called the Sinister Six, you can bet another villain will enter the picture at some point.

The movie is currently 98% fresh on Rotten Tomatoes with only Fred Topel of United Press International giving it a negative review. Metacritic has the film with a very favorable 73.

Related: How to Stream Every Movie in the MCU 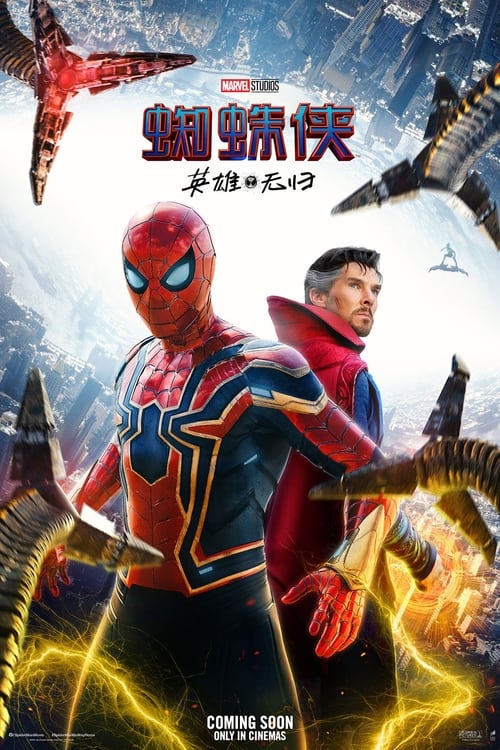