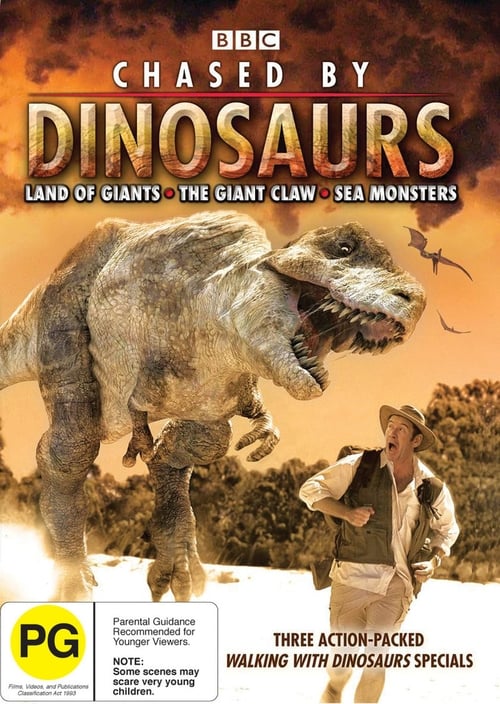 Chased by Dinosaurs is a BBC program featuring Nigel Marven as a time-traveller who encounters dinosaurs in the wild. The two-part series, a sequel to Walking with Dinosaurs, was broadcast over Christmas 2002 and featured Nigel and his “team of fellow explorers” encountering prehistoric life over a large range of time, and seeing creatures not featured in the original series. A three part sequel, Sea Monsters, was later broadcast in 2003 and the similar series Prehistoric Park was produced by ITV in 2006. The series title wasn’t used on screen, as it is the title for the Region 1 DVD.