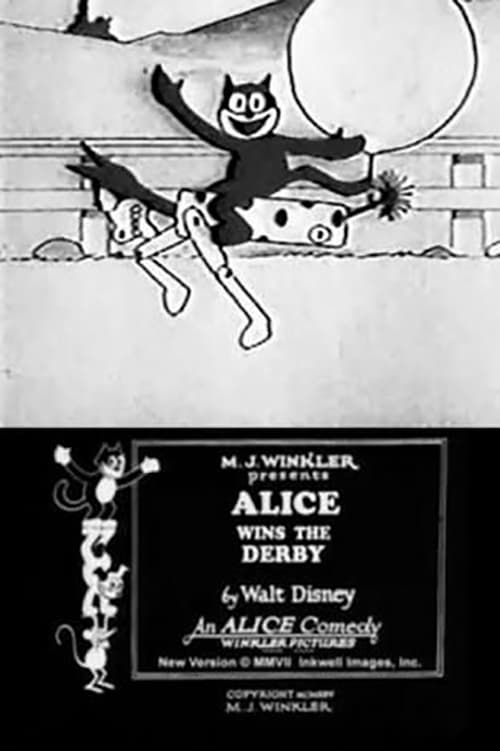 Alice, Julius, and one other character are in a combined auto/horse race. Julius gets off to a bad start when his car takes off, without him, in the wrong direction; it takes him a while to get it straightened out. Alice and the bad guy battle a bit for the lead, which Alice takes; they pass a detour, which the bad guy changes the sign for. Julius, taking the bad road, eventually drives up a cliff and, after a mighty struggle at the top, makes it, in third place, to the changeover. Alice and the bad guy ride off on horses; Julius has a wind-up wooden horse. Julius’ horse keeps breaking down, eventually losing the back legs (Julius uses an empty thought balloon to hold up the rear). Alice’s horse jumps a fence, and won’t continue. The bad guy looks like he’ll win, but Alice makes a mighty leap and knocks him off to win the race