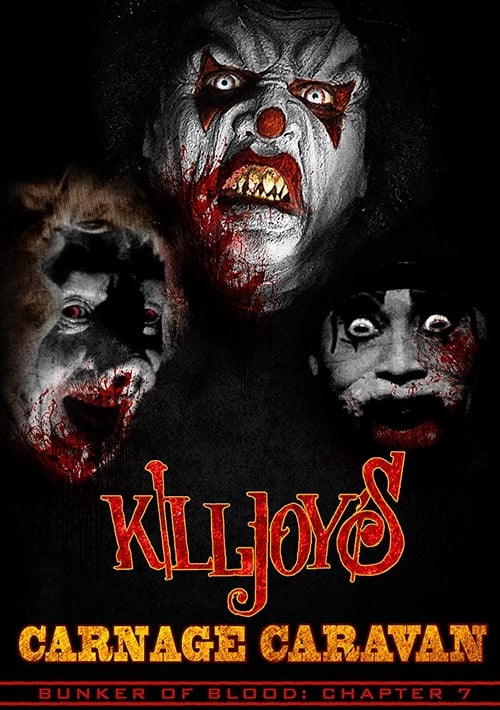 FULL MOON’S BUNKER OF BLOOD sceams open for its seventh and penultimate episode. This time we’re not clowinging around as we drage The Gore Collector and his eerie entourage into the cotton candy-colored guts of KILLJOY’S CARNAGE CARAVAN, a three-ring circus of freaky frights and evil effluvia. In between the very walls of time itself, the sinister group of Draconian doctors known only as the Circle of Psycho Surgeons contines to perform horrific experiments on unwitting subjects. But one of their tormented “patients” has returned for revenge. Now, The Gore Collector, and his mulitiversal traveling companions, Molly and Tape Head, have finally uncovered the whereabouts of the Psycho Surgeons and get set to exact the bloodiest of revenge. But what does this mean for The Gore Collector himself? As he returns to where it all started - the Bunker of Blood - he will find out what this splatter-soaked road trip across a fevered nightmarescape has REALLY done to his mind AND body!