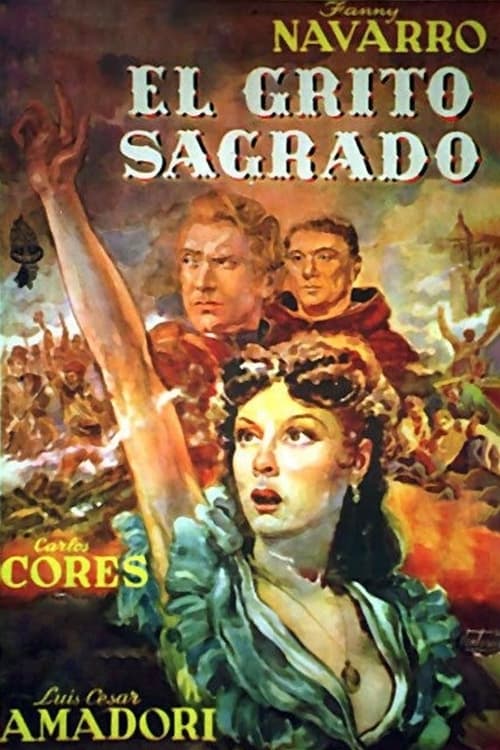 El Grito Sagrado (The Silent Call) is a fictionalized retelling of Argentina’s fight for independence from Spain. The story is “personalized” by being related through the eyes of Mariquita Sanchez de Thompson y Mendeville, played by popular Latin American leading lady Fanny Navarro. Rebelling against the cozy traditionalism of her family, Mariquita weds tireless patriot Martin Thompson (Carlos Cores). She remains by her husband’s side as he helps to fend off a British invasion and to achieve freedom for the Argentine slave population. Oddly, the principal villains in the film are the British, a reflection perhaps of Argentine dictator Juan Peron’s ongoing efforts to curry favor with Spain.