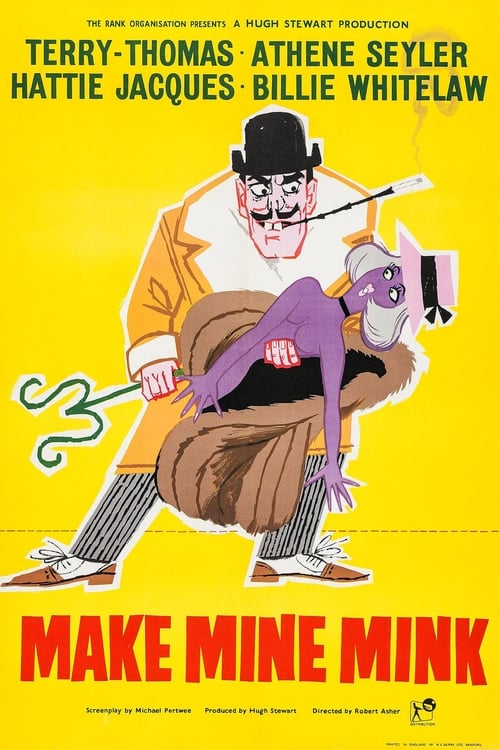 In a mansion block in Knightsbridge, a gang of middle-aged biddies decide to brighten up “the dullness of the tea time of life” by staging a series of robberies on furriers, then donating the proceeds to charitable concerns. Terry Thomas as a retired army officer leads the gang, which includes Athene Seyler and Hattie Jacques, on a series of capers that nearly go awry when their maid, Billie Whitelaw, an ex-con and also a resident of the block, falls for a police officer.