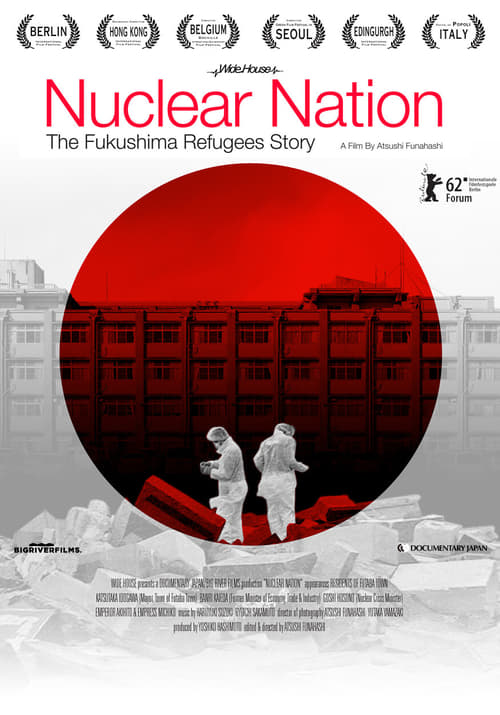 After the 11 March 2011 tsunami and nuclear disaster, residents of Futaba, a town in Fukushima Prefecture, are relocated to an abandoned high school in a suburb of Tokyo, 150 miles south. With a clear and compassionate eye, filmmaker Atsushi Funahashi follows the displaced people as they struggle to adapt to their new environment. Among the vivid personalities who emerge are the town mayor, a Moses without a Promised Land; and a farmer who would rather defy the government than abandon his cows to certain starvation.