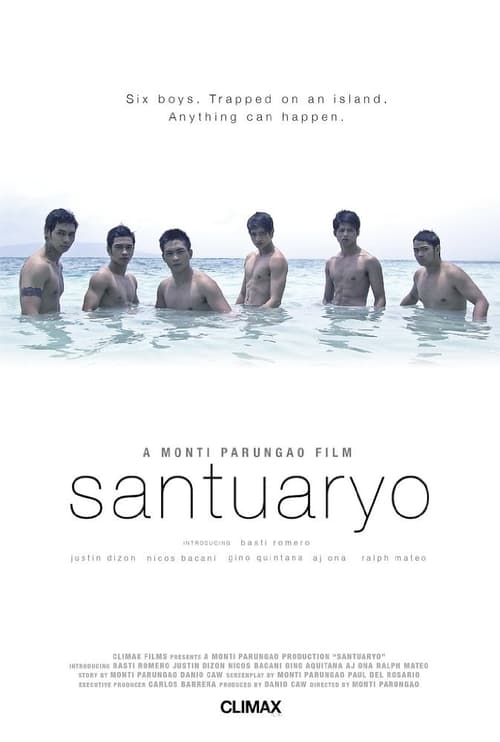 Santuaryo is a movie that centers on the unfolding narration of a young man named Archie (Basti Romero). Archie went looking for a lost treasure when he came into the possession of an ancient map left by an old adventurer. His journey left him battered and cloudy with memories as he was found drifting on the ocean and later rescued by island fishermen. When his long time lover, William (Will Sandejas) arrives at his side, he is forced to painfully recall what happened to him and describes how he crossed paths with a group of boys looking for the same treasure. In the end, Archie realizes what is most valuable in life and it is in his relationship with William that he finds his greatest fortune. Panoramic and provoking. Santuaryo is ultimately a hypothesis about the behavioral mutations of a group of boys when faced with desperate circumstances.