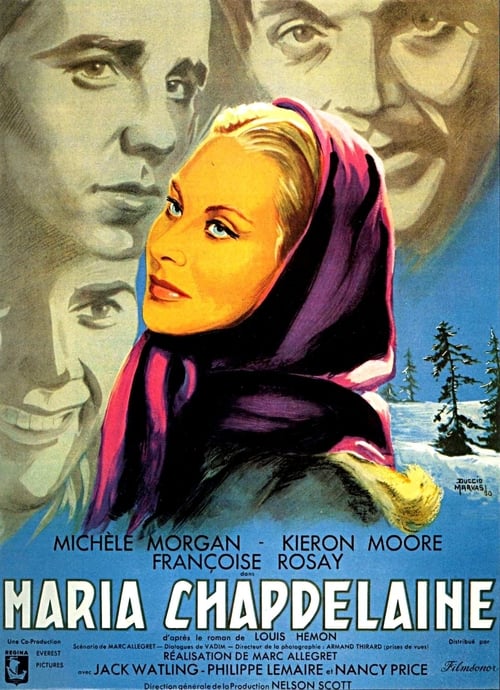 At the beginning of the 20th century, in the North of the Province of Quebec. After five years spent in a boarding school, Maria Chapdelaine comes back to the family farm. Robert Gagnon, a villager and childhood friend, loves her secretly but Maria is wooed by Lorenzo Surprenant, a man who has fled his home town to escape the police. The one she is really in love with is François Paradis, a handsome trapper. The latter promises to marry her in the spring, as soon as he is back from the Far North. Robert, who is aware of how miserable Maria is, writes a letter to François , asking him to come back at once. Unfortunately, the young trapper is buried under the snow during a storm. As for Lorenzo he gets gunned down by the police. Finally understanding that Robert has sacrificed himself out of love for her, Maria accepts to become his wife.