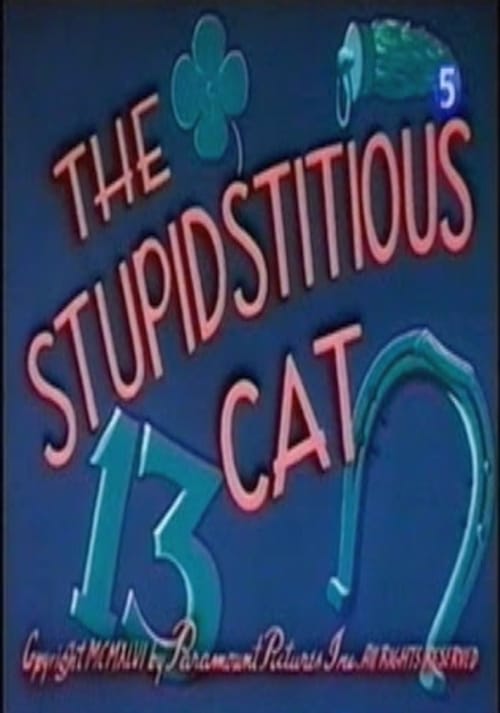 A very stupid and superstitious cat awakens and goes through his usual gyrations of ensuring he will not have an unlucky day, making sure he get out of the right side of the bed and other rituals, and then starts his search for breakfast. He captures Buzzy the Crow, places him between two slices of bread and prepares to eat him. But Buzzy, smarter than the average crow since he is a cartoon parody of Eddie Anderson’s “Rochester” character, has no intentions of being a cat’s sandwich breakfast, knows the cat is superstitious and causes the cat to spill the salt, knowing the cat will have to release him in order to throw some salt over his shoulder. This goes on for a while as Buzzy calls the cat’s attention to something that has to be counter-acted by the cat. And, just as the cat seems to have Buzzy about to become a lunch—-they carried on all the way through brunch—-the cat flees in terror as he sees a fellow cat—-black in color—-about to cross his path.