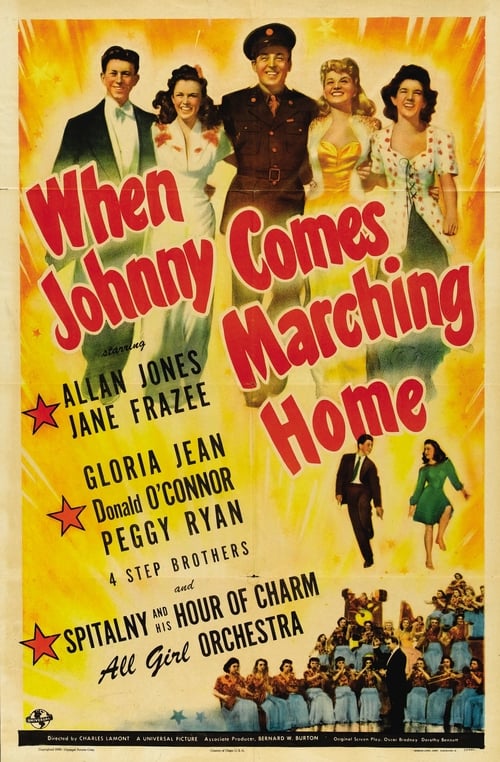 By popular consensus, Allan Jones’ best Universal mini-musical of the 1940s was the timely When Johnny Comes Marching Home. Jones is cast as war hero Johnny Kovacs, who wearies of the adulation heaped upon him and takes refuge under an assumed name in a theatrical boarding house. Here he befriends orchestra leader Phil Spitalny and his all-girl aggregation, including the inimitable Evelyn and Her Magic Violin. When Army officials trace Johnny to the boarding house, his new friends assume that he’s a deserter and try to convince him to return to duty.