Why Bring That Up? 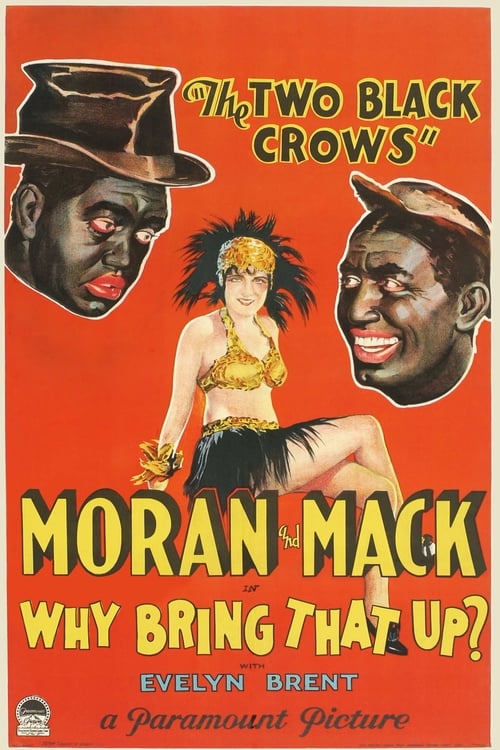 Informazioni su Why Bring That Up?

George’s partner in vaudeville quits their act, claiming that Betty has broken his heart. George then teams up with Charlie, a stranded trouper, and Irving becomes their manager. Later, in New York, the “Two Black Crows” star in their own revue and save money to build their own theater on Broadway. Betty comes to the theater with her lover, who poses as a cousin and induces George to hire her. He showers her with jewels and money. She tries to persuade George to invest in oil stock her lover is selling, and though their act is a success, Charlie fires Betty. When Charlie and Betty’s lover quarrel, Charlie is injured.

Dove puoi guardare Why Bring That Up? online?