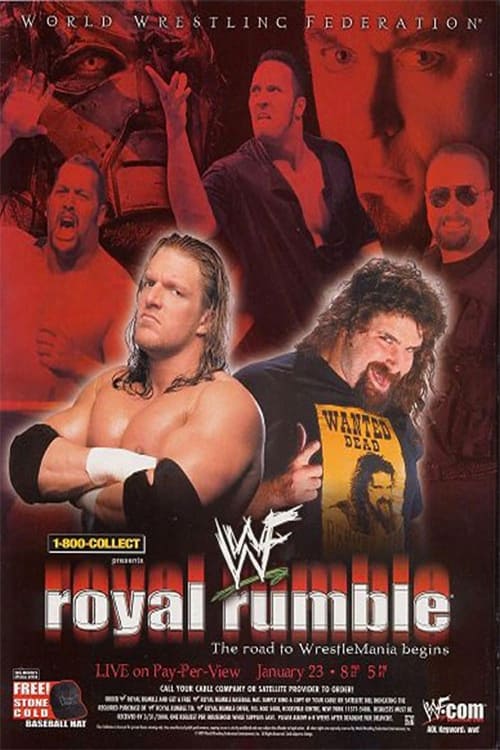 Royal Rumble (2000) was the thirteenth annual Royal Rumble PPV. It was presented by MCI’s 1-800-COLLECT. It took place on January 23, 2000 at Madison Square Garden in New York, New York. The main event was the Royal Rumble match, which grants the winner a title shot at Wrestlemania. Featured matches on the undercard included a street fight match between Triple H and Cactus Jack for the WWF Championship, a Triple Threat match for the WWF Intercontinental Championship, and The New Age Outlaws versus The Acolytes for the WWF Tag Team Championship. This Royal Rumble was the first WWF pay-per-view event to air on terrestrial television in the United Kingdom, as Channel 4 had acquired the rights to broadcast World Wrestling Federation programming that year.