How to Watch the Tom Hanks ‘Finch’ Movie Premiere for Free on Apple TV, Roku, Fire TV, and Mobile

A lonely human, an inquisitive robot, and a loyal dog all share the same yearning: to find a home and be part of a family. “Finch” promises to take viewers on an emotional journey through a post-apocalyptic landscape. You can stream it on Apple TV+ on November 5.

How to Watch ‘Finch’ Premiere

Starring Tom Hanks as a robotics engineer named Finch, the film takes place after a cataclysmic solar event, leaving the world a deserted wasteland. This will be the second Apple TV+ film to star Tom Hanks as the main character. “Greyhound” was released in May of 2020 and was adapted from the 1955 novel “The Good Shepherd.”

For a decade, Finch has been living under an underground bunker with his dog, Goodyear. He then decides to create a robot, Jeff (Caleb Landry Jones), as a replacement for when Finch can no longer take care of his furry companion. The three embark on a road trip across the American West, taking in the wonders of life, the challenges of the world, and all the humor and hope that comes along with it.

In Apple’s “First Look” with Hanks, he shares his thoughts on the new post-apocalyptic adventure film, “It is not human to be alone, because in company we find companionship, we find love…The bond between Finch and Goodyear is one that is based upon deep affection and constant understanding. Who doesn’t love a good dog?” 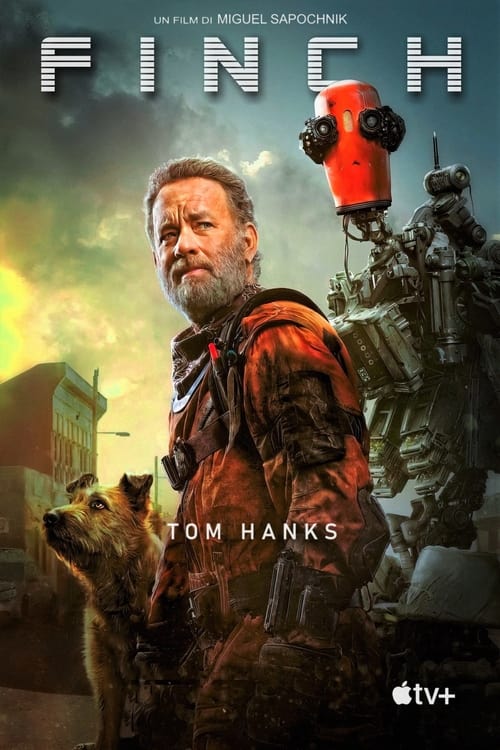