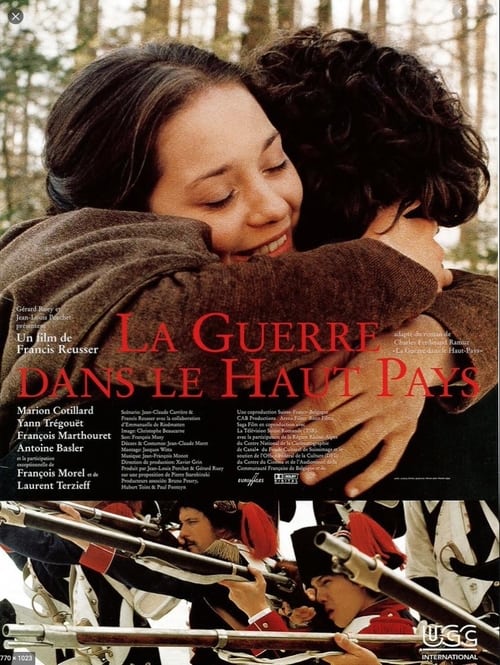 La Guerre Dans le Haut Pays is a period piece set in the winter of 1797-98, during the six days leading up to the fall of Bern and the victory of Napoleon’s army, when the Bern government is faced with mixed loyalties from its subjects. The population of the lower valley is divided, but the upper region remains loyal, since they have been given special autonomy and a favorable system of taxation. David, a postman, works between the two regions. His father, who is a hard-line conservative, does not approve of his relationship with Julie, who is from the lower part of the valley. Julie’s father, on the other hand, is more open to the new ideas of liberation. As a result of his work, David is exposed to new ideas and becomes a believer in equality and justice.