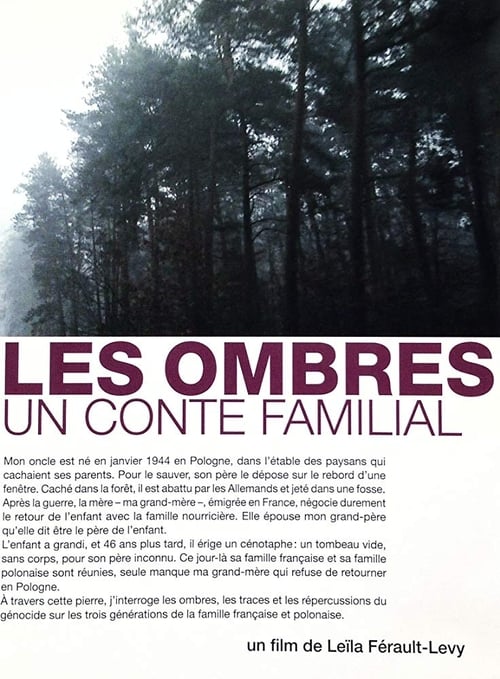 The director’s uncle is born in Poland in January 1944, in the stable where his parents were hiding. The baby is left on a window sill, while his father is shot for dead by Germans. After the war, the mother - and director’s grandmother, a new emigrant in France, harshly negotiates the return oh her child. She marries the director’s grandfather, who is told to be the natural father of the child. 46 years later, the grown child builds a cenotaph for his real father : an empty grave to commemorate his memory. This stone embodies the story of three generations of a polish-french family.