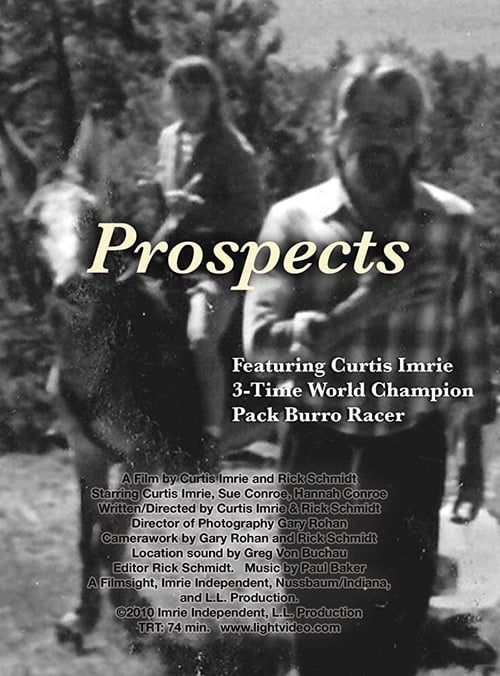 The old west is certainly dead, but Colorado pack burro racers don’t know it yet. Everett Winfield - played by five-time world champion burro racer Curtis Imrie - runs and breeds his own stock. But all is not well at the ranch. When a bank officer refuses him a home loan, Winfield unwisely flaunts the prospects of winning $5000 at an upcoming race as his ‘employment record.’ Of course it’s no dice. As options narrow, his current girlfriend offers to share her homestead. But not one to relinquish his free-range freedoms, Winfield instead becomes involved with a young rodeo queen half his age, to the chagrin of his same-age niece. As morals slip, and the financial noose tightens, Winfield drifts toward setting things right, old-west style.

Where can you watch Prospects online?