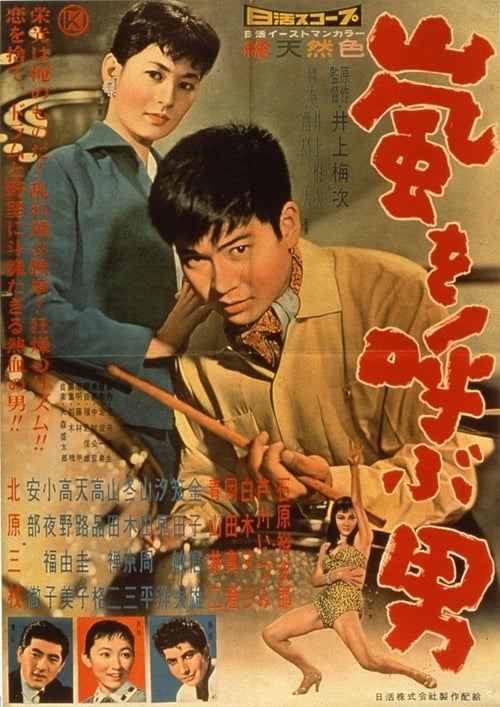 Shoichi Kokubun (Yujiro Ishihara) is a roughneck street musician, who has a brother that is determined to propel him into stardom. In attempt to catch the attention of a popular jazz band, his brother appeals to their manager who has the power to make him a star. In a graphic portrayal of love, betrayal and success, Shoichi brews up a storm with a ‘rat-a-tat-tat’ on the drums.