Is ‘Don’t Worry Darling’ Available to Stream? When Will Olivia Wilde’s Movie Be on HBO Max?

“Don’t Worry Darling” may be the most controversial movie of the fall season, for reasons having very little to do with what happens on screen. The second film from director Olivia Wilde, the movie stars Harry Styles and Florence Pugh as a couple in the 1950s.

The film has been all over the entertainment and gossip headlines for several weeks, due to a series of public controversies, including, but not limited to Wilde’s relationship with Styles, Pugh’s reported refusal to do press for the film, conflicting accounts of actor Shia LaBeouf’s departure from the project, Wilde’s press tour gaffes, and more. The film has received mixed-to-negative reviews to date, including a 34% score on review aggregator site Rotten Tomatoes.

Despite the poor critical reception, the movie has been highly anticipated because of the star-power involved and the salacious gossip surrounding it. The film is set for a theatrical-only release on Sept. 23, though as a Warner Bros. Pictures release, its eventual streaming home will be HBO Max. However, there has been no announcement yet as to a streaming release date. But, given Warner Bros. Discovery’s recent track record, we can make an educated guess as to when it will be available.

As for the most recent Warner Bros. releases, this year’s “DC’s League of Super-Pets” landed on HBO Max 59 days after it came out in theaters, while “Elvis” made its streaming debut 70 days after its theatrical release.

With the movie studio and HBO Max newly merged into Warner Bros. Discovery, the company’s streaming strategy remains in flux, and the differences between those two releases indicate that there is no hard-and-fast rule as to the length of windows, at least as of yet. Originally, HBO Max had been committed to a 45-day cinema-to-streaming window, but as the new WBD leadership took over, that plan has changed in order to allow films to have longer lives on premium video-on-demand (PVOD) platforms like Prime Video where viewers can rent or purchase the film digitally. 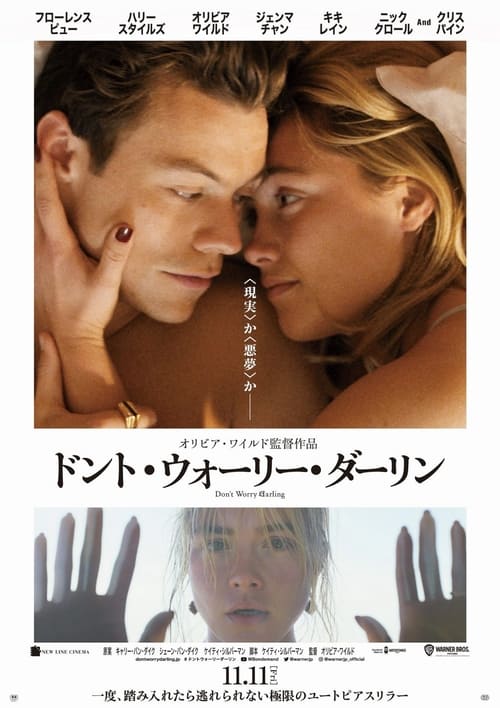 With “Don’t Worry Darling,” how it will ultimately do at the box office remains a mystery. On the one hand, the film has gotten bad reviews and even worse word of mouth, but on the other, Harry Styles has a massive fan base, Florence Pugh has been in big hits as well, the film has been all over the news, and there’s a chance morbid curiosity will encourage audiences to come out and see it. Wilde’s previous film as director, 2019’s “Booksmart,” was no great box office performer, despite strong critical notices.

A 70-day window — similar to that of “Elvis” — would place the movie’s HBO Max debut in the first week of December, while a 59-day run — like “DC’s League of Super-Pets” — would put the movie on the service the last week of November. While “Don’t Worry Darling” would seem to fall more in line with the strategy for the former film, its run at the box office will likely play a big role in its streaming release. So, given the factors, we will predict the movie will have a Dec. 2 arrival on HBO Max.