Is ‘Lyle, Lyle, Crocodile’ Available to Stream? When Will it Be Available on Netflix, Disney+?

Directed by Will Speck and Josh Gordon, the movie is based on the children’s book character created by Bernard Waber, and is drawn from the 1962 book “The House on East 88th Street.” The plot features a family (McNairy, Wu, and Winslow Fegley) moving into a new house in Manhattan, only to discover that the eponymous singing crocodile is living in the attic. He’d been left there by a magician/huckster (Bardem) who dreamed of a Lyle-based stage act.

Check out a trailer for “Lyle Lyle Crocodile”:

If the silliness of the premise has you excited about seeing the film, but don’t want to cart the entire family to the movie theater, you might be wondering when “Lyle, Lyle, Crocodile” will be available to stream. Currently, the film is a theatrical release only, and there has been no announcement of a streaming release date. But we think we know where the movie will land once it does stream.

“Lyle, Lyle, Crocodile” is being distributed by Sony Pictures, and because of that studio's deal with Netflix, it will land on the world’s largest streaming service first. However, due to another deal, Sony’s films go to Disney-owned streaming services next, after 18 months, and because “Lyle” is a family-oriented movie, it would likely land on Disney+ and not Hulu. However, it’s possible that Disney+ and Hulu will have merged by the time “Lyle” is ready to head to the House of Mouse. 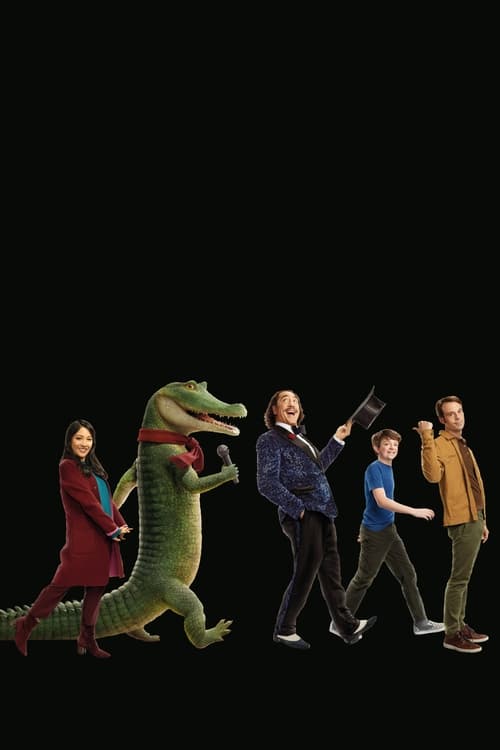 As for the timing, Sony Pictures Entertainment CEO Anthony J. Vinciquerra spoke last month about Sony’s windowing strategy, which can give us some clues about when “Lyle” might end up streaming.

“Some films, we’ve had less than 45 days, not a lot, but films that weren’t doing great in the theater, we [pulled] out because it wasn’t helping the theaters, or it wasn’t helping us so why not go to the other windows,” he said. “But 45 days does feel like the right number for the majority of films, but you’ll see longer and shorter [windows from Sony], I think.”

However, unlike with other studios that are part of a corporate structure that also includes an in-house streaming service, 45 days does not mean that this singing croc will hit Netflix by Thanksgiving. Instead, Sony will first make the film available for premium video-on-demand (PVOD), meaning that families will be able to rent or purchase the film digitally during the holidays. From there, the window for “Lyle” to land on Netflix will depend on how well it does in theaters and on demand. A rough estimate would put the movie on the world’s largest streamer in late winter or early spring in 2023.