A few years ago, when Netflix began making serious pushes for Academy Awards, major theater chains AMC and Regal refused to show the streamer’s movies, due to its perceived lack of respect for then-sacrosanct theatrical windows. So movies like “Roma,” “The Irishman,” and “Marriage Story” never played the nation’s largest movie theater chains.

Now, while it may have taken a pandemic, there’s been a historic thaw in Netflix-multiplex relations.

AMC Theaters and Netflix on Thursday announced an agreement that will place one of this year’s major Netflix releases, “Glass Onion: A Knives Out Mystery,” in more than 200 AMC theaters over the Thanksgiving holiday, from November 23-29. AMC described it as “its first-ever agreement with Netflix to play a Netflix movie theatrically.”

The Hollywood Reporter reported later in the day that the Regal and Cinemark chains had reached similar deals for the film, putting it on a total of 600 screens for those six days.

“This announcement of our first-ever agreement with Netflix is significant for AMC and for movie lovers around the world,” AMC CEO Adam Aron said. “As we have often said, we believe that both theatrical exhibitors and streamers can continue to co-exist successfully. Beyond that, though, it has been our desire that we find a way to crack the code and synergistically work together.”

Though the move is significant, the number of screens for “Glass Onion” is still relatively small for a star-studded sequel of this kind. For comparison when “Top Gun: Maverick” came to theaters in May, it played on 4,735 screens per day in its first week and is still playing on more than 1,500 screens more than four months later. So, even over the six-day run, the film will still not play as many screens as Tom Cruise’s did in a single day. 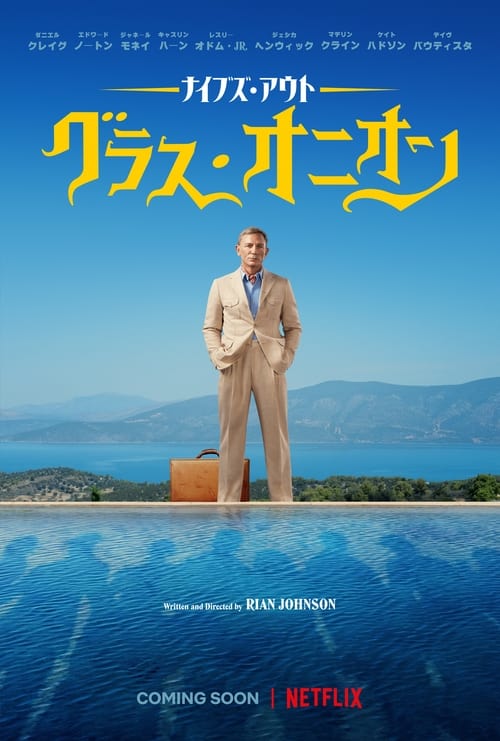 This is just another example of how this rollout will be unconventional, if not unprecedented. The film is scheduled to start streaming on Netflix on Dec. 23, meaning that “Glass Onion” will show in theaters for six days, go dark for nearly a month, and then arrive on Netflix, presuming the theatrical period is not extended.

“I’m over the moon that Netflix has worked with AMC, Regal and Cinemark to get Glass Onion in theaters for this one of a kind sneak preview,” director Rian Johnson told THR.

“Glass Onion” is the sequel to “Knives Out,” the hit murder mystery from director Rian Johnson that arrived in 2019. The original “Knives Out” was not a Netflix film, but the streamer reached a deal in the spring of 2021 to pay $450 million for sequels to the movie. “Glass Onion,” which has Daniel Craig’s detective Benoit Blanc returning from the original, also stars Edward Norton, Kate Hudson, Janelle Monáe, Dave Bautista, Kathryn Hahn and Leslie Odom, Jr.

The new film, which like the first features an all-star cast of performers playing rich people who are feuding with one another, had its world premiere at the Toronto International Film Festival in early September, where it received nearly universally positive reactions. Many critics at the festival commented that the film played wonderfully with a crowd, and hoped that it would get a significant theatrical engagement.