In a world where there is an insurmountable amount of content to watch and an ever-increasing number of streaming services to watch it on, sometimes you need something (or someone) to just tell you what to watch on a given day. So while you certainly don’t have to take all of my recommendations, I’ve selected one thing every day this week that promises to be a worthwhile streaming option. So here are my picks for what to stream every day of the week from Monday, July 18 through Sunday, July 24, 2022.

In today’s era of free agency, very few players are as identified with a single team as Derek Jeter is with the Yankees. The longtime New York shortstop and captain is the focus of a new docuseries premiering on ESPN following Monday night’s MLB Home Run Derby. The seven-part series will also be available to stream on ESPN+, with new episodes dropping weekly.

Similar to what ESPN did with Michael Jordan in “The Last Dance,” director Randy Wilkins will take viewers inside Jeter’s career from superstar teenager to five-time World Series champion and Hall of Famer. With the Major League Baseball All-Star break at hand, this is a perfect way to kick off the unofficial second half of the season and ride it through until the stretch run.

“The Day the Music Died: The Story of Don McLean's 'American Pie'” | Paramount+

There is perhaps no better example of a song in popular culture that we all know and love, but really have no idea what it’s talking about than “American Pie.” Don McLean’s epic masterpiece has been a part of the cultural zeitgeist for over 50 years, and we all know practically every word, but beyond the broad strokes of the deaths of Buddy Holly, The Big Bopper, and Ritchie Valens, do any of us really have any idea what he’s singing about? Well, the new documentary from Paramount+ is aiming to fix that. 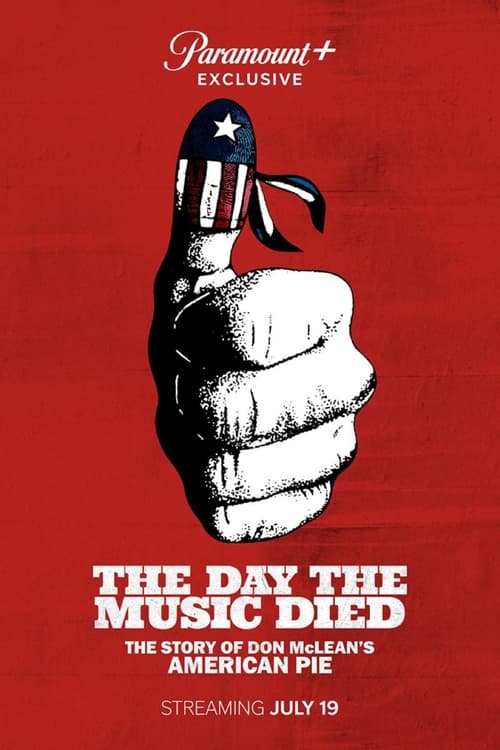 The Day the Music Died: The Story of Don McLean’s “American Pie”

With a narrative running deeper than a catchy tune and cryptic verses, “American Pie” is a musical phenomenon woven deep into the history of American culture, entertaining audiences around the world for over 50 years. This documentary tells the stories of the people who were a part of this moment from the beginning, shows the point of view of a new generation of artists who are motivated by the same values and ideas that inspired the song’s creation, and highlights cultural moments in America’s history that are as relevant now as they were in 1971, when the song was released.

In the film, which played a limited theatrical release in order to qualify for Academy Awards consideration, McLean himself pulls the curtain back to explain the winding narrative of the classic rock staple while also weaving in the most important cultural influences from 1971 that impacted the creation of the song.

The only thing that I really care about is making sure that I figure out what the jester did with that storied crown!

I’m not going to lie, even as a sports fan, the stuff that X Games athletes due never cease to amaze me. From skateboarding to Moto X to BMX, not only am I just not physically capable of doing anything approaching that, I am even more so not mentally capable of handling that much risk to my physical wellbeing.

This year the iconic extreme-sports competition returns to Southern California from July 20 through 24 and you can stream all of the action on ESPN+. See who wins the skateboard street best trick competition, the Moto X Best Whip, BMX dirt track competition, and more.

If you haven’t been watching the FX on Hulu spy thriller “The Old Man,” you have been missing out on some of the best television acting of the year. Between Jeff Bridges and John Lithgow acting out the latest chapter in their characters’ multi-decade entanglement and Amy Breeneman and Alia Shawkat providing dramatic complications to the already fraught relationship, every episode is a master class. 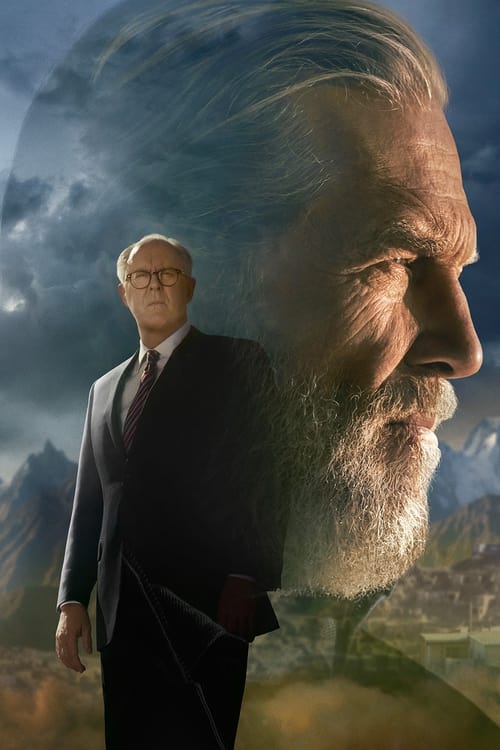 Based on the Thomas Perry novel of the same name, “The Old Man” follows a former CIA operative — played by Bridges — who has gone off the grid in order to protect his family, only to be found decades later by multiple former adversaries.

The show has already been picked up for a second season, so the finale will almost certainly come with the expectedly explosive conclusions, but also set up what is to come next from this story.

Captain America and the filmmakers behind “Winter Soldier,” “Civil War,” “Infinity War,” and “Endgame” have been reunited for Netflix’s latest big-budget action movie “The Gray Man.” Adapted from the 2009 novel of the same name by Mark Greaney, Chris Evans and Ryan Gosling lead this CIA thriller directed by the Russo Brothers. 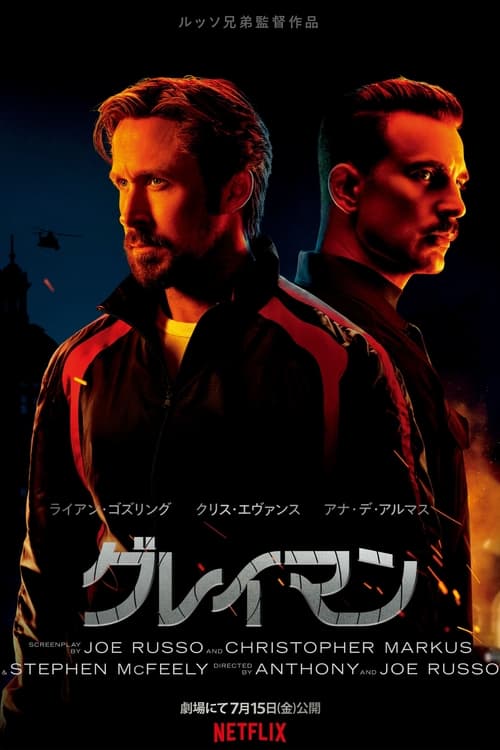 After a limited theatrical release, the movie streams this week, but Netflix isn’t approaching this one like its normal movie premieres. Traditionally, the streamer relies on the press, word of mouth, and its internal content discovery mechanisms to promote its films, but the service is going all out for this star-studded blockbuster.

The final Hallmark original movie of this year’s “Christmas in July” spectacular airs on Saturday on both the Hallmark Channel and Hallmark Movies Now. “Christmas in Toyland” stars Vanessa Lengies and Jesse Hutch and follows a not unfamiliar Hallmark storyline of a toy store data analyst attempting to save hundreds of jobs right before Christmas in order to help keep the magical, in-store experience alive. 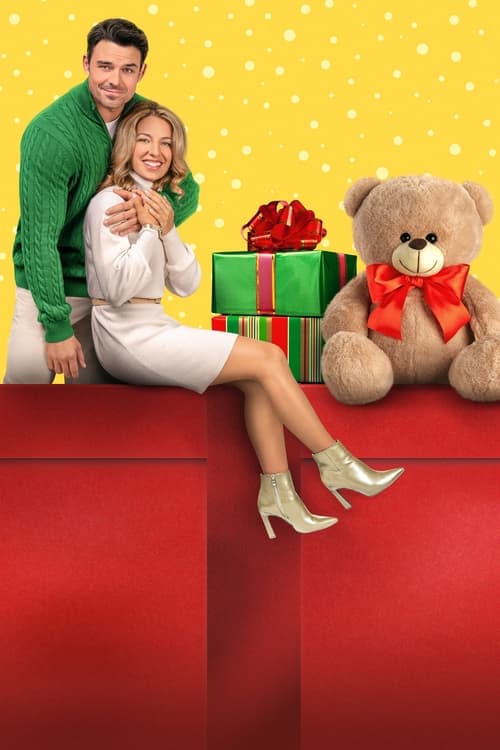 When Charlie Sawyer, a data analyst at a toy store chain, discovers the only way to keep their brick and mortar locations open is to replicate whatever the company’s best performing location is doing, she’s sent by corporate to meet convivial, yet stubborn, store manager, Grant Levinson, whose secret to success will challenge her to open up her mind… and her heart.

If you are anything like me, and it is getting just too hot to go outside, snuggle up on the couch with some hot chocolate and get yourself in the holiday spirit.

A summer tradition like no other, Shark Week is back for its 34th year and this time, Dwayne “The Rock” Johnson is on hand to host the festivities. This year, there will be 25 hours of new shows including a look at the 14-foot Giant Mako, “Pigs vs. Sharks,” why “The Blob” sends Great Whites into a feeding frenzy, and more.

The Rock isn’t the only celeb on hand this year as the Impractical Jokers and Jackass teams have their own specials as does Tracy Morgan. It all kicks off on Sunday with “Return to Headstone Hell” at 7 p.m. ET and will continue until July 30 on Discovery and discovery+. Just be careful, after watching Shark Week, you might not ever want to head out into the ocean again.