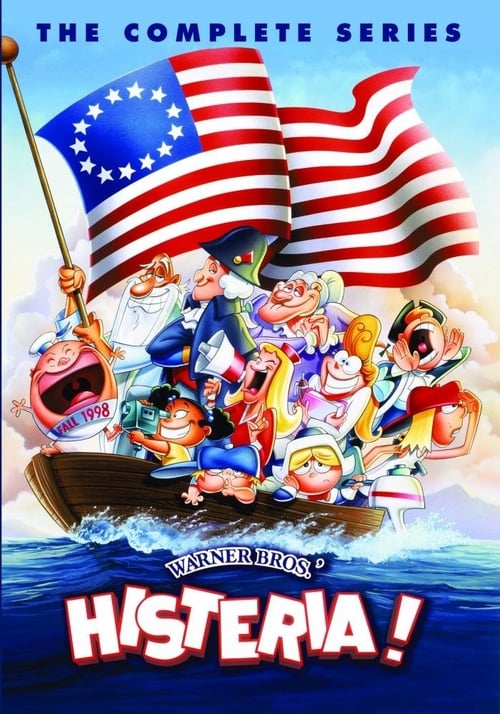 Histeria! was featured on Kids’ WB from 1998 to 2000. Kids WB continued to air reruns until August 30, 2001. It was to be WB’s most ambitious project since Animaniacs. Like the aforementioned, there were 65 episodes that were originally going to be made, but due to being $10 million over budget, only 52 episodes were completed before production of the series was canceled in November 1998. More recently, the show was featured on In2TV, first from March to July 2006, and then returning in October of that year. In January 2009, all of the episodes were taken off the site. No DVD set has yet been announced.

Histeria! may have been influenced by 1978 French TV series Il était une fois l’homme. The French series featured the familiar series cast reappears as the contemporary figures of every historical time. Another possible influence is the 1988 miniseries This is America, Charlie Brown, which featured the cast of Peanuts interspersed within various events in American history.