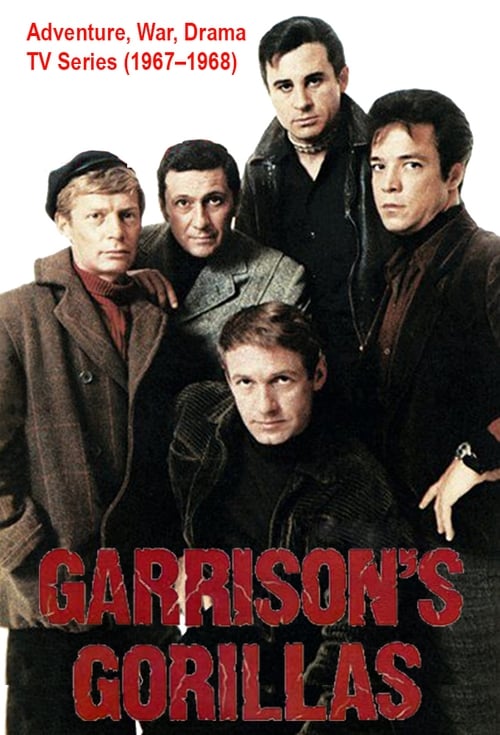 Garrison’s Gorillas is an ABC TV series broadcast from 1967 to 1968; a total of 26 hour-long episodes were produced. It was inspired by the 1967 film The Dirty Dozen, which featured a similar scenario of training Allied prisoners for World War II military missions.

Garrison’s Gorillas was canceled at the close of its first season and replaced by The Mod Squad in 1968. It managed to gather a cult following in China in the 1980s.