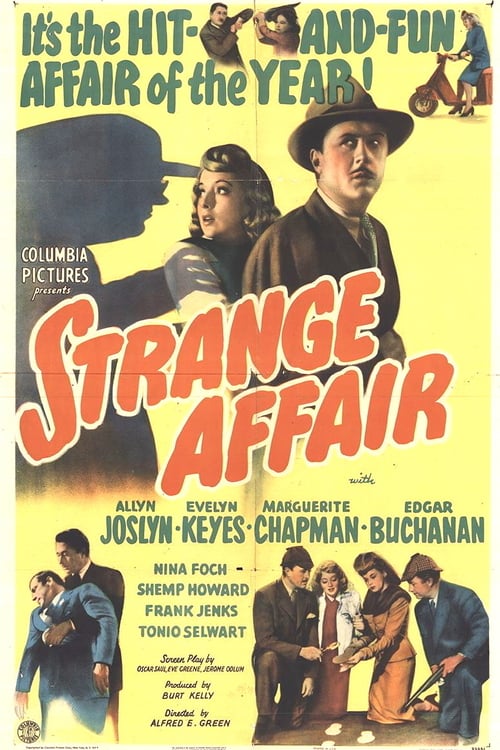 Eminent psychiatrist Dr. Brenner invites cartoonist Bill Harrison and his wife, Jack, to a banquet honoring war refugees. Bill volunteers to pick up fellow psychiatrist Dr. Baumler at the train station, but the man vanishes when he has Bill stop so he can use a pay phone. At the dinner, Bill and Jack are seated with Brenner’s daughter, Freda, and, to Bill’s surprise, another man is introduced as Baumler — who dies moments later.