How to Watch Marvel’s ‘Hit-Monkey’ for Free on Roku, Fire TV, Apple TV, iOS and Android

“Hit-Monkey,” a thrilling ten-part comedy follows a Japanese snow monkey who is determined to avenge his tribe, killing assassins with the help of a ghostly mentor. The Marvel series will premiere on Wednesday, November 17 on Hulu, which is available with a 30-Day Free Trial of Hulu.

How to Watch ‘Hit-Monkey’ Season 1 Premiere

The series “Hit-Monkey” is based on the 2010 comic written by Daniel Way and Dalibor Talajić and explains the backstory of a minor character in Deadpool.

When a mysterious American assassin named Bryce (Jason Sudeikis) is adopted by a Japanese Macaque tribe, one monkey doesn’t trust the human and doesn’t help him when his health starts to fail. The tribe banishes the monkey and when a group of men kill Bryce and the entire tribe, the lone Japanese snow monkey is the only survivor. 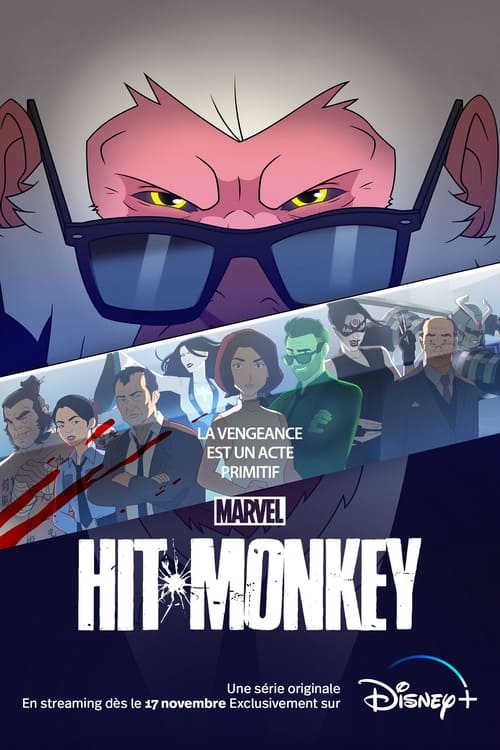 Hit-Monkey (Fred Tatasciore), with his newfound knowledge of the “art of of stealthy murder,” decides to avenge his fallen tribe, dedicating his life to killing assassins with the help of Bryce’s ghost.

The upcoming adult animated television series was created by Will Speck and Josh Gordon and is produced by Marvel Television. It also stars George Takei, Olivia Munn, Ally Maki, and Nobi Nakanishi.