Is ‘Free Guy’ Available to Stream on Disney+ Premier Access or HBO Max Yet?

On Friday, Free Guy made its debut in theaters. After a good run of same-day theatrical releases on both HBO Max and Disney+, subscribers want to know if this movie is available to stream, too.

Throughout the pandemic, both HBO Max and Disney+ offered same-day streaming of theatrical releases. HBO Max didn’t charge extra for this option, while Disney+ subscribers had to pay a one-time fee of $29.99 per title to stream titles still in theaters under what Disney calls Premier Access.

Both options gave people an opportunity to choose between going to the movies or streaming a film at home. Because HBO Max and Disney+ subscribers have become used to being able to stream movies at home at the same time that they hit the big screens at movie theaters, some confusion has come about when it comes to the release of Free Guy.

“We acquired [Free Guy] under a different distribution assumption and set of agreements. We don’t have the degree of freedom to do [a Premier Access release] on Free Guy,“ said Bob Chapek, CEO of The Walt Disney Company during the Q3 Earnings Call on Thursday afternoon.

Free Guy was a film acquired by Disney as part of its purchase of 20th Century Fox. As a former Fox film, it is being distributed by 20th Century Studios. Also as part of that acquisition, Disney does not have the option to release Free Guy as a Premier Access title because of a prior movie output deal between Fox and WarnerMedia, which gives the title’s first streaming destination to HBO.

Because of that prior deal, which remains in force for any former Fox titles released through 2022, their first destination following any theatrical run would be HBO or HBO Max. No formal announcement has been made regarding initial streaming of Free Guy as of this point.

According to CNET, due to streaming rights contracts, it could be six to nine months before Free Guy is available to stream on HBO Max.

In May, Chapek had said that the movie would be shown exclusively in theaters due to “recent signs of increased confidence in moviegoing.” Going forward, Disney said they plan to consider Premier Access on a “film-by-film basis.” 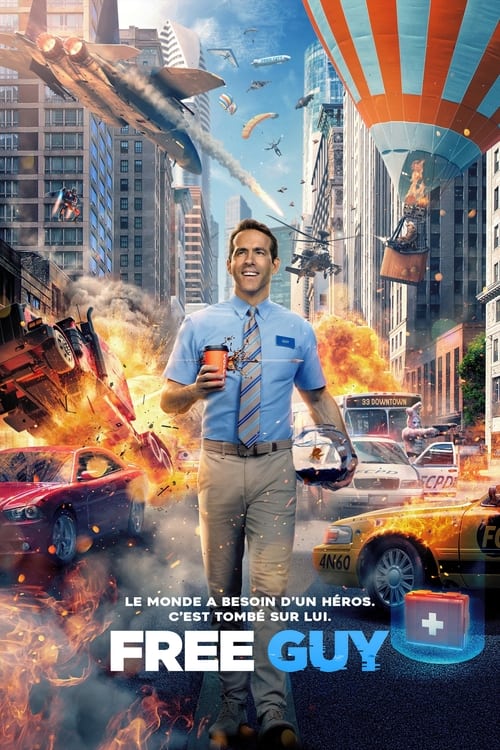