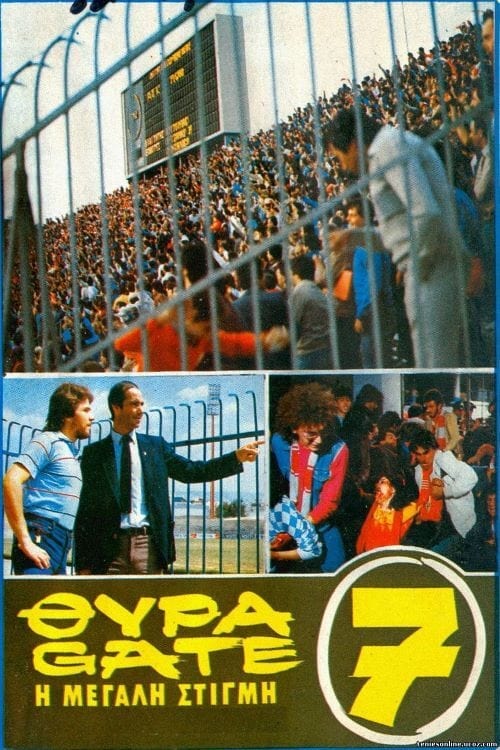 Makis Bitsakos is a young man who loves football and his dream is to become a football star. His father tries to stop him. His sister is in love with the son of Archos, a wealthy and powerful man. One day Archos insults her and soon afterward she has an -almost fatal- accident with her bike. Makis is hired by a major football tema and soon becomes a star. Soon Archos’ son is murdered by Nick, his ruthless assistant. Makis is seriously during a game. He needs money in order to save his foot. Along with his friends, they kidnap another football player and demand ransom. When they collect the money they go to attend a football game. During the game’s ending, Gate 7 is full of enraged fans. (IMDb)

Where can you watch Θύρα 7: η μεγάλη στιγμή online?