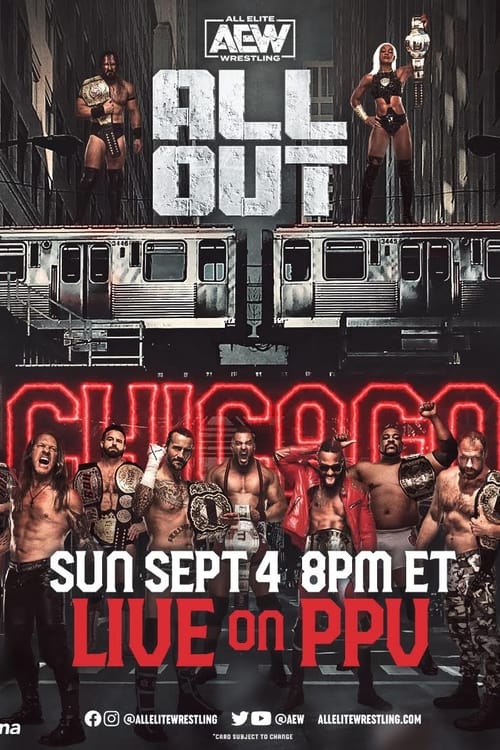 About AEW All Out

All Out was a professional wrestling pay-per-view event produced by All Elite Wrestling. It took place on September 4, 2022 in Illinois, and featured fifteen matches, including four on the Zero Hour pre-show. In the main event, CM Punk defeated Jon Moxley to win the AEW World Championship for a second time. Chris Jericho also won a match against Bryan Danielson, The Elite defeated “Hangman” Adam Page and The Dark Order to win the inaugural AEW World Trios Championship, and MJF made a surprise return and won the Casino Ladder match. The event received mixed to positive reviews and was also notable for a post-show altercation between CM Punk, The Elite, and Ace Steel, leading to suspensions and the stripping of championships.

Where can you watch AEW All Out online?