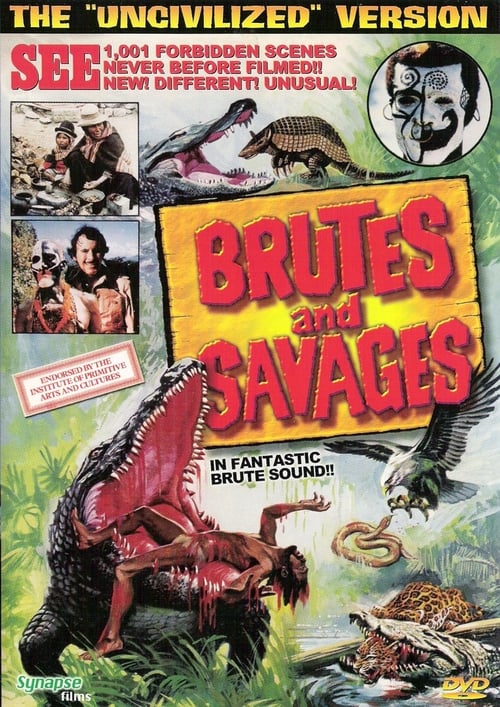 About Brutes and Savages

Fascinated by forbidden rituals and ceremonies, world explorer Arthur Davis takes a crew with hidden cameras to Africa and South America to secretly record the beauty and horror of the “law of the jungle”. BRUTES AND SAVAGES is the filmed document of his death-defying adventures. Shocking, brutal and repulsive, this film mixes bizarre authentic footage with incredibly exploitive (and often hilarious) “re-enactments” of his findings. Animal sacrifices, bizarre tribal ceremonies, mating rituals and even brain surgery.

Where can you watch Brutes and Savages online?