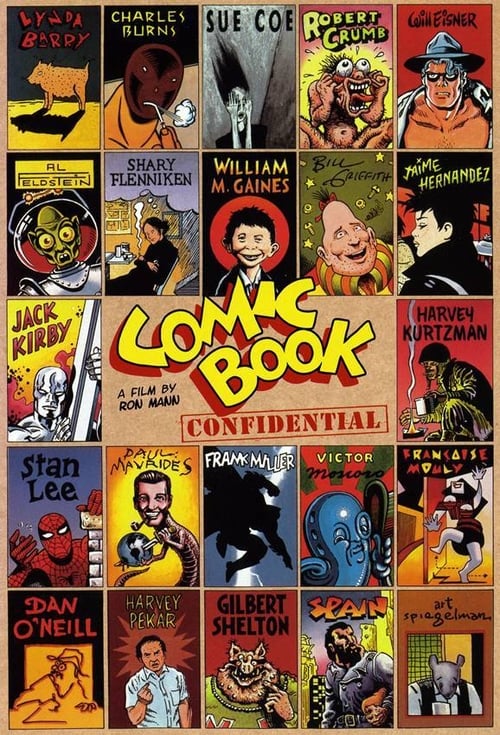 In the 20th century, no artistic medium in North America with so much potential for creative expression has had a more turbulent history plagued with less respect than comic books. Through animated montages, readings and interviews, this film guides us through the history of the medium from the late 1930s and 1940s with the first explosion of popularity with the superheroes created by great talents like Jack Kirby and hitting its first artistic zenith with Will Eisner’s “Spirit”. It then shifts to the post war comics world with the rising popularity of crime and horror comics, especially those published by EC Comics under the editorshiop of William B. Gaines until it came crashing down the rise of censorship with the imposition of the Comics Code. In its wake of the devastation of the medium’s creative freedom, we also explore EC’s defiant survival with the creation of the singular “Mad Magazine” by Harvey Kurtzman.

Where can you watch Comic Book Confidential online?