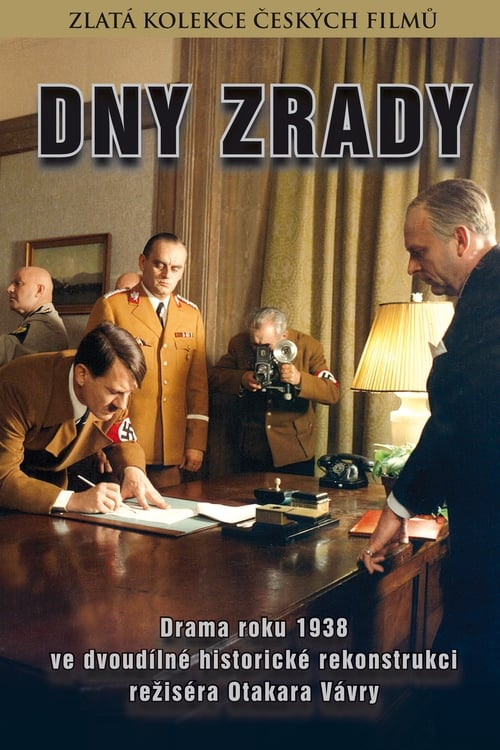 About Days of Betrayal

This feature film based on the events of 1938 is a chronicle of the futile efforts of the Czechoslovak president Edvard Benes (Jirí Pleskot), politicians and ordinary citizens, to save the independence and the territorial integrity of the state from the advance of Hitler’s Germany. On the 29th of March 1938 the leader of the Sudeten Germans Henlein (Werner Ehrlicher) has a meeting with Hitler (Gunnar Möller). Hitler orders him to intensify pressure on the Czechoslovak government. On the 24th of April in Carlsbad, the Sudetendeutsche Partei (Sudeten German Party) decides upon eight demands that are unacceptable to the Czechoslovak President, since they would ultimately lead to the break-up of the Republic. Benes still shows a certain willingness to negotiate, and Henlein resents this. The Germans are determined to make further negotiations impossible through incidents and violence.

Where can you watch Days of Betrayal online?