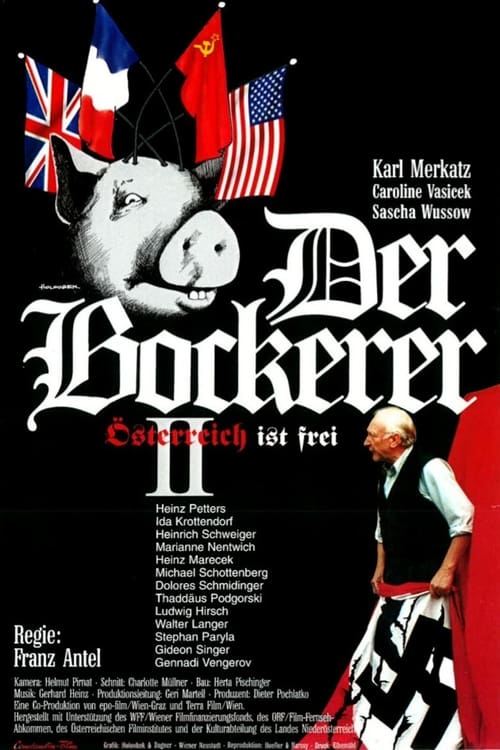 Vienna, 1947. Bockerer and his wife Binerl have survived the war, though his butcher’s shop was destroyed by bombs. Karl Bockerer opens up a new establishment in the center of the city.
Post-war Vienna is divided into four zones in which the Allies run things and ensure that law and order prevails. This is the story of two lovers: Gustl, just returned form a POW camp, and the Russian interpreter Elena. Bockerer becomes the patron of their love. Elena’s father was executed by Stalin, and the only way she can escape a similar fate is to marry an Austrian. Bockerer “buys” a husband for Elena and, full of tricks as ever, he succeeds in pulling the wool over the Russian occupier’s eyes.