EliteXC: Return of The King 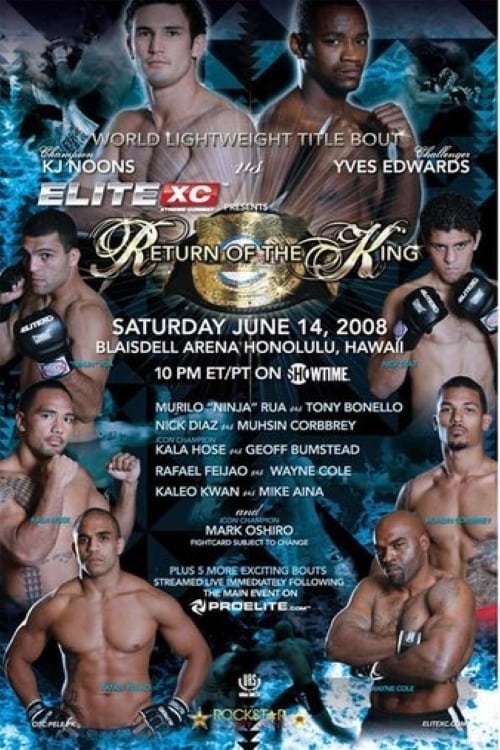 About EliteXC: Return of The King

EliteXC: Return of The King was a mixed martial arts event promoted by EliteXC that took place on Saturday, June 14, 2008 at the Neal S. Blaisdell Arena in Oahu, Hawaii. The main card aired live on Showtime. The Welterweight title bout of Jake Shields vs. Drew Fickett was removed from the original card when Fickett sustained an injury. The event drew an estimated 350,000 viewers on Showtime. Nick Diaz showed up for his 160 pound lightweight fight at 169 pounds which lead to it becoming a catchweight bout.

Where can you watch EliteXC: Return of The King online?