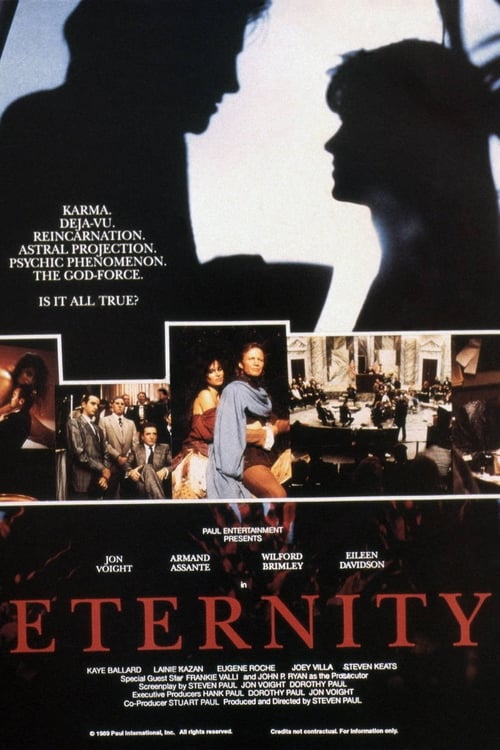 TV producer James has an extremely vivid dream, in which he is a prince struggling to keep the kingdom at peace against the wishes of his warfaring brother, while at the same time competing with his brother for a woman’s love. The figures in his dream match those in his real life, with his brother being an aggressive business man trying to buy James out, the king being James’ advisor, and the woman being an actress recently cast for a commercial at his studio. Seeing his dreams as a message about his life, James decides to act on their guidance, even though they lead him into the fight of his life.

Where can you watch Eternity online?