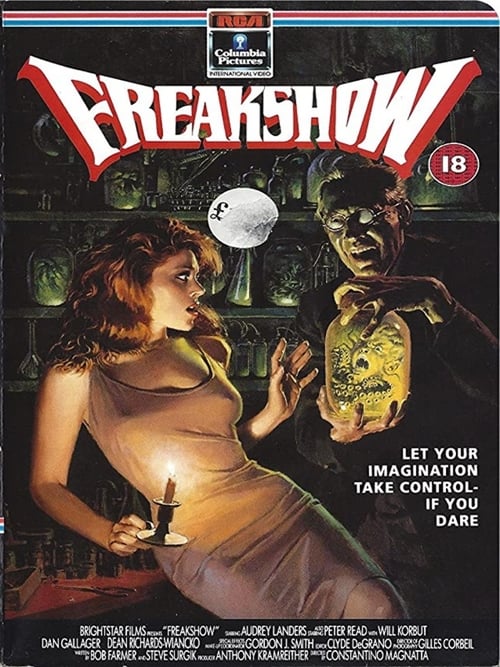 After being ditched by her cameraman because of her manipulative behavior at a murder scene, a reporter wanders through town looking for a phone she can use. She finds a small museum, where the proprietor invites her in to have a look around before leaving. In one room, she encounters a strange jar which causes her to have strange visions, visions that are supposedly drawn from her own mind. These ‘visions’ make up the rest of this four- part anthology, which includes horror and suspense stories about a junkie chasing a dog for his runaway fix, a pizza delivery boy who gets a Halloween surprise, a living but paralyzed OD victim forced to undergo her own autopsy because everyone thinks she’s dead, and a deal between a golf course owner and a gravedigger that has some unexpected consequences.

Where can you watch Freakshow online?