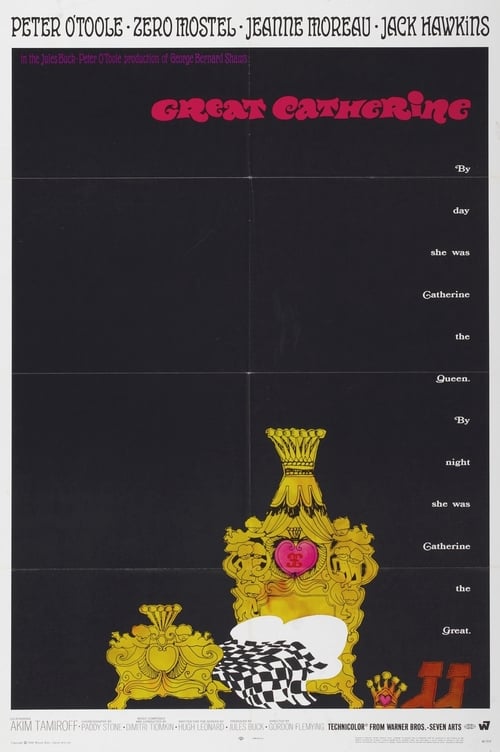 Slapstick comedy based on the play by George Bernard Shaw. A stiff English officer, captain Charles Edstaston (Peter O’Toole), and his fiancée Claire arrive in St. Petersburg. Edstaston is brought to the imperial court to seek audience with the empress Catherine (Jeanne Moreau). He obtains an interview with her courtier, the drunken Potemkin (Zero Mostel), who ends up carrying him in his arms to the empress and dumping him into her royal bed. From this moment on, the hapless Edstaston endeavours to escape from the clutches of the sex-crazed empress and leave the city with his English fiancée.

Where can you watch Great Catherine online?