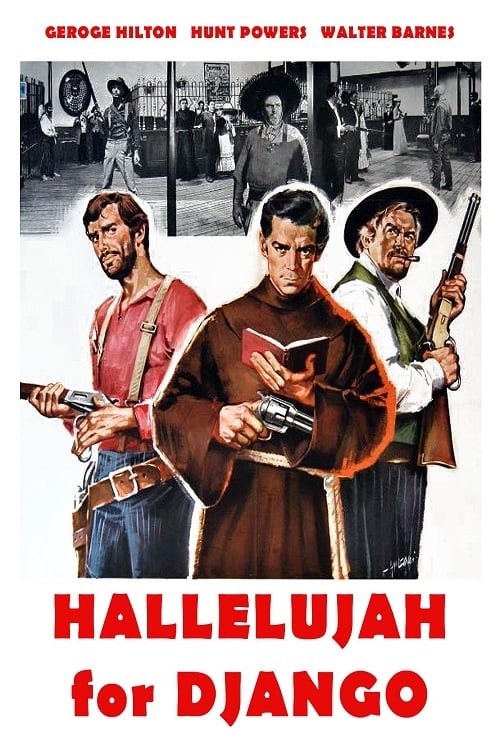 About Halleluja for Django

After robbing $500,000, the Jarret gang hides in a small isolated western town, where they are waiting for a scout to take them through the desert to Mexico. But the unresolved conflicts between Jarret and El Santo, the brains of the bandits, who has also an eye on Jarret’s girlfriend, become a problem amongst the bandits. And there is also an underestimated scalawag named Billy Rum and his friend Mark, who are trying to help the captured citizens.

Where can you watch Halleluja for Django online?