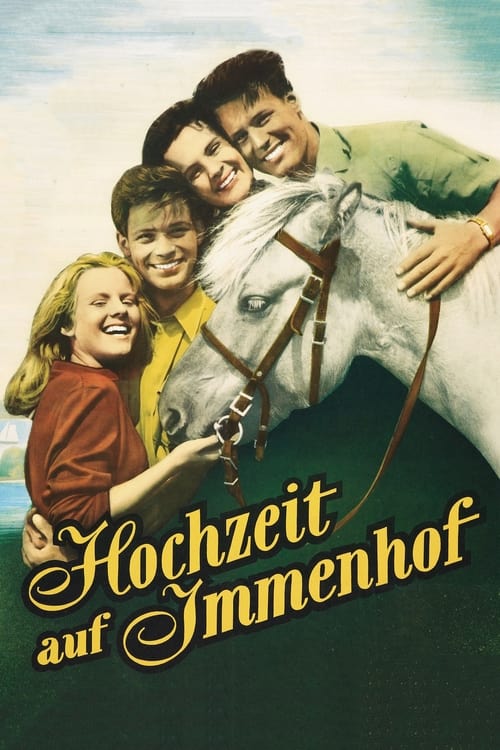 The Immenhof has been closed by officials, awaiting auction. In the meantime, Angela has died, so Jochen is now a widower. Oma Jantzen and Angela’s younger sisters Dick and Dalli live with him in the forester’s house. In order to save the manor house, Dalli has started a “pony circus” with the village children in the barn, while Dick has given up hope of Ethelbert ever returning.

Where can you watch Hochzeit auf Immenhof online?