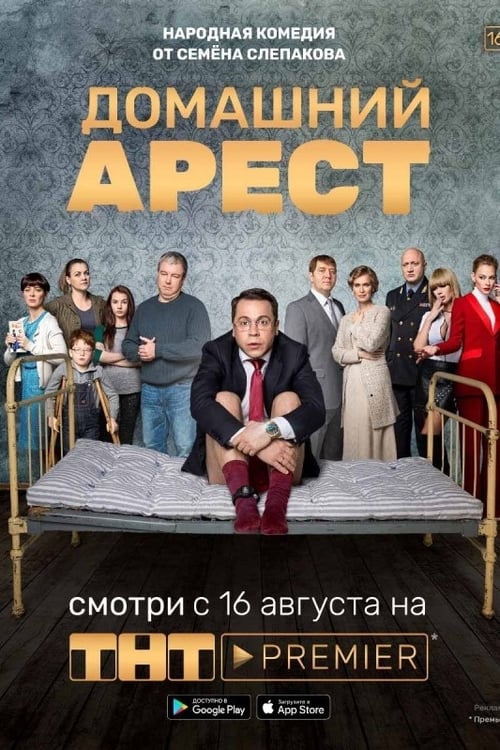 The current mayor of Sineozersk, Arkadiy Anikeev, is caught by police for bribes on a large scale. By the court decision, he placed under house arrest at the place of registration. His wife, who is a owner of all of their property on documents, left him. Once in a communal apartment, Anikeev confronts his childhood friend, Ivan Samsonov. Leaving aside all his past disagreements, Anikeev decides to help Samsonov to become the new mayor of Sineozyorsk to defeat his former ally who betrayed him in order to become a new mayor and also became his wife’s lover.

Where can you watch House Arrest online?