In the Matter of Cha Jung Hee 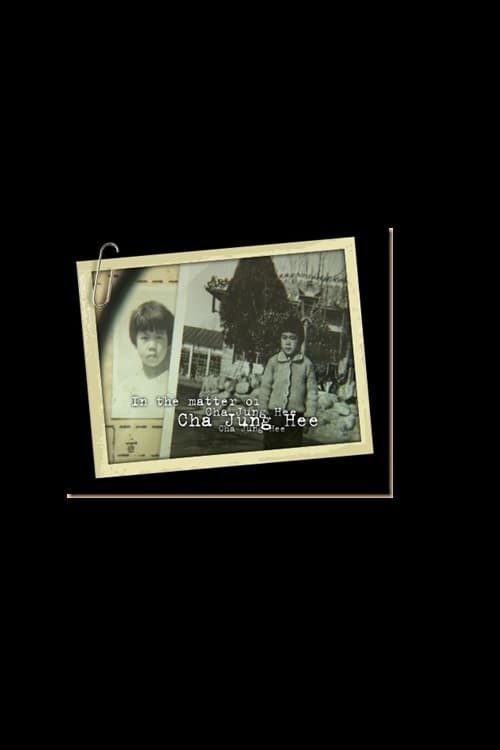 About In the Matter of Cha Jung Hee

Her passport said she was Cha Jung Hee. She knew she was not. So began a 40-year deception for a Korean adoptee who came to the United States in 1966. Told to keep her true identity secret from her new American family, the 8-year-old girl quickly forgot she had ever been anyone else. But why had her identity been switched? And who was the real Cha Jung Hee? In the Matter of Cha Jung Hee is the search to find the answers, as acclaimed filmmaker Deann Borshay Liem (“First Person Plural,” POV 2000) returns to her native Korea to find her “double,” the mysterious girl whose place she took in America. A co-production of ITVS in association with the Center for Asian American Media and American Documentary/POV.

Where can you watch In the Matter of Cha Jung Hee online?