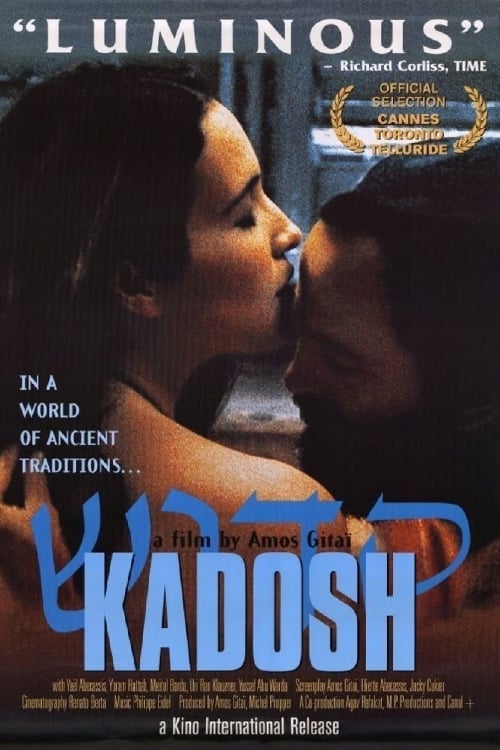 The year 2000 approaches in Jerusalem’s Orthodox Mea Shearim quarter, where the women work, keep house, and have children so the men can study the Torah and the Talmud. Rivka is happily and passionately married to Meir, but they remain childless. The yeshiva’s rabbi, who is Meir’s father, wants Meir to divorce Rivka: “a barren woman is no woman.” Rivka’s sister, Malka, is in love with Yakov, a Jew shunned by the yeshiva as too secular. The rabbi arranges Malka’s marriage to Yossef, whose agitation when fulfilling religious duties approaches the grotesque. Can the sisters sort out their hearts’ desires within this patriarchal world? If not, have they any other options?

Where can you watch Kadosh online?